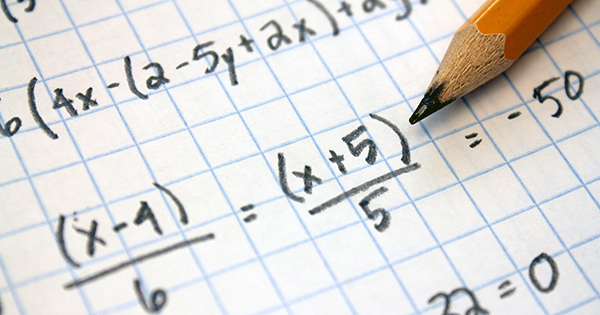 You don’t have to be a math teacher to know that a lot of students—and likely a lot of parents (it’s been awhile!)—are intimidated by math problems, especially if they involve large numbers. Learning techniques on how to do math quickly can help students develop greater confidence in math, improve math skills and understanding, and excel in advanced courses.

If it’s your job to teach those, here’s a great refresher.

Here are 10 fast math strategies students (and adults!) can use to do math in their heads. Once these strategies are mastered, students should be able to accurately and confidently solve math problems that they once feared solving.

1. Adding large numbers
2. Subtracting from 1,000
3. Multiplying 5 times any number
4. Division tricks
5. Multiplying by 9
6. 10 and 11 times tricks
7. Percentage
8. Quickly square a two-digit number that ends in 5
9. Tough multiplication
10. Multiplying numbers that end in zero
You may also like to read

Adding large numbers just in your head can be difficult. This method shows how to simplify this process by making all the numbers a multiple of 10. Here is an example:

While these numbers are hard to contend with, rounding them up will make them more manageable. So, 644 becomes 650 and 238 becomes 240.

Now, add 650 and 240 together. The total is 890. To find the answer to the original equation, it must be determined how much we added to the numbers to round them up.

To find the answer to the original equation, 8 must be subtracted from the 890.

Here’s a basic rule to subtract a large number from 1,000: Subtract every number except the last from 9 and subtract the final number from 10

When multiplying the number 5 by an even number, there is a quick way to find the answer.

When multiplying an odd number times 5, the formula is a bit different.

Here’s a quick way to know when a number can be evenly divided by these certain numbers:

This is an easy method that is helpful for multiplying any number by 9. Here is how it works:

Step 1: Subtract 1 from the number that is being multiplied by 9.

The number 2 is the first number in the answer to the equation.

Step 2: Subtract that number from the number 9.

The number 7 is the second number in the answer to the equation.

There is also an easy trick for multiplying any two-digit number by 11. Here it is:

Take the original two-digit number and put a space between the digits. In this example, that number is 25.

Now add those two numbers together and put the result in the center:

If the numbers in the center add up to a number with two digits, insert the second number and add 1 to the first one. Here is an example for the equation 11 x 88

Finding a percentage of a number can be somewhat tricky, but thinking about it in the right terms makes it much easier to understand. For instance, to find out what 5% of 235 is, follow this method:

8. Quickly square a two-digit number that ends in 5

Let’s use the number 35 as an example.

When multiplying large numbers, if one of the numbers is even, divide the first number in half, and then double the second number. This method will solve the problem quickly. For instance, consider

Then multiply your two answers together.

10. Multiplying numbers that end in zero

Multiplying numbers that end in zero is actually quite simple. It involves multiplying the other numbers together and then adding the zeros at the end. For instance, consider:

Step 2: Put all four of the zeros after the 8

Practicing these fast math tricks can help both students and teachers improve their math skills and become secure in their knowledge of mathematics—and unafraid to work with numbers in the future.