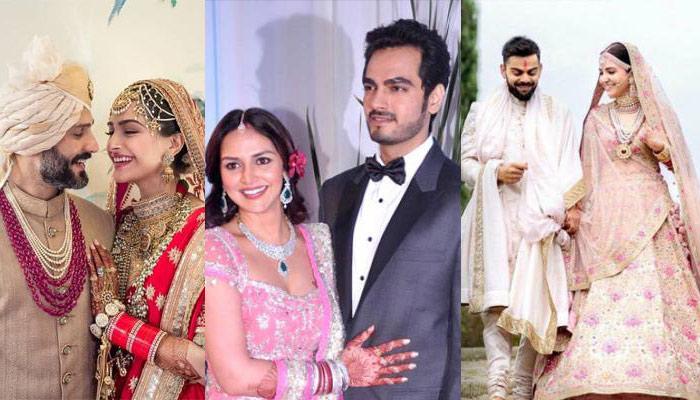 In today’s day and age, it is money that matters, or so everyone believes. It is often said that money can buy you everything but not happiness. However, some of the leading ladies of Bollywood have proved this phrase wrong. How, you ask? Well, by marrying rich men, of course. By tying the knot with businessmen who are literally rolling in cash, they have secured themselves with enough money to last a lifetime, as well as tons and tons of happiness. Plus, these actresses have been lucky to find their Prince Charmings in them and so these men are!

Recommended Read: 10 Famous TV And Bollywood Celebrity Couples Who Are Separated But Not Divorced

More often than not, these men are super-duper rich, leading to them living luxurious, fairytale lives. Let’s just sit back and go through this list of the 10 richest husbands of Bollywood actresses who stink of hard cash! 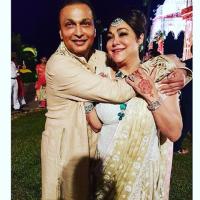 Let’s start at the top! We all know how the Ambani bahu used to be an actress. While she was not hugely successful, she did grab the eyeballs of plenty of actors/directors. However, none of those relationships seemed to last! But do you know whom she chose to tie the knot? It’s none other than one of the richest men – Anil Ambani, cited as the 6th richest man in Forbes magazine. With a net worth of 2.8 billion USD (according to Forbes’ report), we don’t even need to tell you what kind of luxuries and facilities are at her beck and call. You can imagine for yourselves! 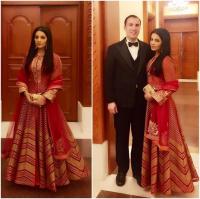 Here’s another actress whose stint in Bollywood was short-lived. She did a couple of movies but did not find herself catapulted towards stardom. So, she went ahead to marry Peter Haag, an Austrian who is a successful owner of hotel chains in Dubai as well as Singapore. Being married to a rich and successful hotelier seems to have worked wonders for Celina, as she is now happy and content and the mother of twin boys. 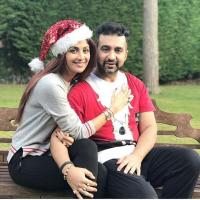 Let’s not forget the old sweetheart of Bollywood, Shilpa Shetty. She went on to tie the knot with Raj Kundra, a British businessman. Apart from having a number of successful business ventures such as Groupco Developers and TMT Global, Raj and Shilpa even invested in their own IPL team, the Rajasthan Royals. It is said that Kundra makes about a 100 million dollars each year! Well, this business tycoon sure is flying high today and taking his wife along for the beautiful ride.

Happy-go-lucky, vibrant, full of life – these words sum up Rani Mukerji for you. When people began to assume that she would never get married, the actress turned the tables by marrying the one and only Aditya Chopra! The man behind the country’s most popular film banner, Yash Raj Films. Wise choice, Rani! Adi Chopra’s YRF purportedly has a net worth of 960 million dollars. Rest assured that true to her name, Rani can live like a queen! Talk about a life of luxury. 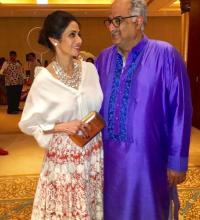 While some may make faces and hound Sridevi for breaking up a marriage and a family, there are some others who will laud her for thinking ahead. Marrying Boney Kapoor is perhaps the wisest decision Sridevi could ever have made. Come on, you have to admit that each time Sridevi attends an event or a party, she looks rich. She doesn’t look like a mother of two grown-up girls now, does she? Boney Kapoor has a net worth in million dollars or more. Yeah, he’s rolling in hard cash! We’ve got to give it to Sridevi for this one. 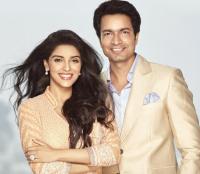 After gaining fame and success in Bollywood and South Indian industries, Asin went ahead to tie the knot with Rahul Sharma, the co-founder of Micromax and the proud owner of some very big bucks! His company reaps in more than a billion dollars each year. His own net worth itself is upwards of a 100 million dollars. He owns a three-acre farmhouse and a variety of fast cars such as a limited edition orange Bentley, a Merc and a Bimmer. Jaw dropped yet?

You May Also Like: 7 Celeb Couples Who Colour-Coordinated Their Outfits On Their Wedding

She is one of the few in this list who has enjoyed (and still does) a beautifully successful career. But she decided to go all the way and get married to Siddharth Roy Kapoor, who is equally successful and might we say, very, very loaded! Apart from being a producer, Siddharth also enjoyed the title of MD of The Walt Disney Co. India from which he resigned some time back. He is even a part of and mostly presides over meetings of the Film and Television Producers Guild of India. A powerful man who is also financially sound, with a net worth of a whopping 475 million dollars. We think Vidya made a stellar decision!

She too had an unsuccessful time while dabbling in the film industry. But when she sidelined all of that for marriage, she struck gold. She got married to her boyfriend Shakeel Ladak, a businessman. He is the director of a construction company based in Mumbai, called the Redstone Group. 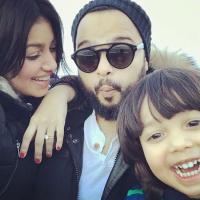 Everyone was surprised when Ayesha Takia simply upped and left, going miles away from Bollywood, in spite of having a fairly good career. At the young age of 23, Takia settled for marriage. She is now wedded to Farhan Azmi, mega hotelier and the son of politician Abu Azmi. Needless to say, he is quite an influential name in town, in terms of money, power and prestige. Ayesha lives a content life now, with her husband and her son. 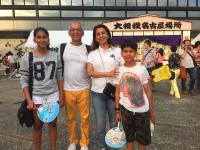 Bollywood’s darling Juhi Chawla has enjoyed both a successful career and a successful marriage. She is married to Jay Mehta, owner of the Mehta Group. The Mehta Group is a well-known name and is spread across countries – Africa, USA, Canada and India. He has a net worth of 2.43 million dollars, as per records in 2016.

The latest addition in this listicle is Sonam Kapoor who became Sonam Kapoor Ahuja on May 8, 2018 after tying the knot with her super-rich long-time beau, Anand Ahuja. Anand Ahuja is an entrepreneur and businessman who owns two companies- Bhane and VegNonVeg. Bhane is an apparel brand and VegNonVeg deals in sneakers. Apparently, he also co-owns his family’s business and one of India’s biggest export houses, Shahi Exports. His net worth is estimated to be around 3000 crore rupees.

Bollywood actress, Anushka Sharma became wifey to her long-time boyfriend, and Indian cricket team captain, Virat Kohli on December 11, 2017. As of 2017, Virat is ranked 89th in the highest paid athletes in the world. According to Forbes, he made more than a million dollars in 2017 only from his match winnings and his salary that the BCCI pays. Virat is an A+ category player in the BCCI and earns a salary of 7 crore rupees per year. Apart from all these, he is also the brand ambassador of many leading products in the Indian ad world like Puma, Audi, MRF, Colgate-Palmolive, Tissot, among various others.

Don’t Miss: 10 Ex-Couples In Bollywood Who Are Still Friends After Break-Up

Bollywood actress and model, Kim Sharma made her film debut with the Aditya Chopra’s 2000 film, Mohabbatein. Kim married a Kenya-based businessman by the name of Ali Badrudin Punjani in August 2010. Ali is a rich guy, and so much so that when last year in 2017, it was reported that Kim and Ali have separated, she was left penniless. It was reported:

“Ali left Kim as he got attracted to another woman. The irony is that when Ali met Kim, he was plump and not great-looking but now because he is in love, he has lost weight and looking great. But Kim is left with no money or financial security. Right now, she is looking to establish her business in Mumbai to provide for herself financially. She is now a brand strategist and goes by the name Kimi Sharma (her real name). Kimi didn’t just leave their home in Kenya behind, but her job as the CEO of Punjani’s chain of hotels as well”.

Esha Deol and Bharat Takhtani were childhood friends, and eventually ended up being life partners to each other. Bharat is a diamond merchant and runs a company called R.G. Bangle Pvt. Ltd which deals in the diamond business. Esha and Bharat tied the nuptial knot in 2012. The couple remarried on August 24, 2017, during Esha’s godh bharai. The couple became elated parents to a baby girl on October 20, 2017, whom they named, Radhya. Bharat’s family has a long history of being into business, and his ancestors have always been one of the leading industrialists of Mumbai. Bharat is too in his family business.

Raveena Tandon made her film debut in 1991 with Patthar Ke Phool. And then she went on to appear in more than 50 films. Raveena married the film distributor Anil Thadani, in Udaipur’s Jag Mandir Palace. The couple have two kids- a boy named Ranbirvardhan and a girl named Rasha. Raveena is also mother to two girls whom she adopted in the year 1995- Pooja and Chhaya. Anil Thadani is a prodigious film distributor and is a big name in the production houses of Mumbai. Recently, he could be credited with co-distributing Baabubali franchise along with Karan Johar. He stinks hard of cash.

Also Read: 8 Bollywood Celebrity Couples Who Never Had Kids Of Their Own After Marriage

Model turned actress, Gayatri Joshi made her film debut with Swades. Everyone thought, she would stay in the film industry but she left it all and married the love of her life, Vikas Oberoi on August 27, 2005. Vivek heads the Oberoi Construction. Reportedly, his net worth is more than a billion dollars.

Recommended Read: 11 Bollywood Divas Who Became ‘The Other Woman’ And Led To Famous Divorces

And that’s how some of Bollywood’s beautiful ladies are leading their lives – filled with luxury and wanting for nothing…tied to life with the richest men in town!

AWESOME NEWS! Now you can download BollywoodShaadis app and never miss a story. Get App

AWESOME NEWS! Now you can download BollywoodShaadis app and never miss a story. Choose your device Android or IOS (Apple)