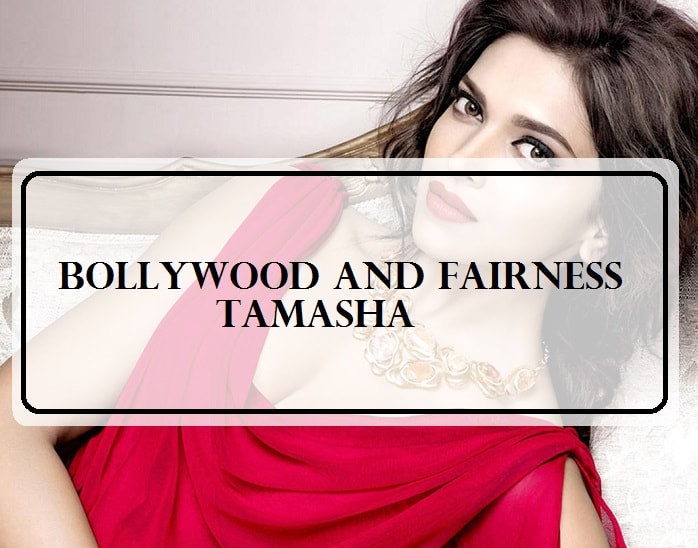 While Europeans are spending an insane amount of money and time to achieve a fake tan to get that glossy, beautiful, dusky-dark exotic skin, Indians are doing the same to get the flawless, glowing white skin. For centuries now, Indian women have been raised to believe that fairness is beauty and the invisible law around it is now making women bleach their skin and undergo various skin lightening fairness treatments. Bollywood divas are not behind mostly because its their job to appeal to the masses which includes young Indian girls who are obsessed with fair skin. Here are top Bollywood Actresses who underwent skin whitening treatments some time ago.

Cryosurgery is another type of surgery where liquid nitrogen is used to destroy the melanin and allows skin to regenerate a new epidermis with a lighter shade.

Skin lightening surgery involves the use of chemical substances and melanin is reduced in such a way that the exact right light skin complexion is achieved.

Vampire facial is one of many bizarre skin treatments and involves re-injecting human blood to the patient’s face. Many International stars have undergone this treatment to achieve plum, youthful skin.

KAJOL: Skin Surgery or “at home”?

She seems to have transformed herself into a hot diva and her skin looks much better and lighter than before. After many years of successful acting career, Bollywood’s dusky beauty Kajol seems to have undergone some type of melanin surgery which lowers the concentration of melanin on skin with the help of chemical compounds. The results are clear and visible and Kajol carries herself with ease and grace. Kajol however, denies undergoing any skin whitening treatments and claims it to be a ‘Stay-at-home surgery.’

Picture perfect beautiful skin! The pictures show how prominent the difference is. Sridevi is famous for her big hits in Bollywood and she always looks beautiful in them but the skin whitening treatment has made her even more beautiful by improving the quality and texture of her skin.

From her initial days as a bold, dusky Bollywood actress, Rekha now looks extremely different and has a perfect, glowing skin which she flaunts gracefully draped in gorgeous silk sarees.

Ex-Miss World and successful Bollywood actress, Priyanka Chopra has undergone various surgeries that include a nose-job. Apart from all this, the actress underwent skin melanin surgery to look fairer some 4-5 years ago. Her skin is visibly fairer and has lost all its duskiness back from her M iss World day’s glory.

She is another beautiful lady who appears in the list of women who underwent skin whitening procedures. Bipasha was very fond of her dark dusky skin and even claimed that she was very proud of it. Sadly, the taunts and comments she received by the people made her change her mind and undergo skin bleaching to look fairer.

The dream girl Hema Malini who sported a wheatish dusky complexion couldn’t be spared by the fair skin syndrome. Her skin lightened over-night and looked wrinkle free and perfect, at her age!

She is said to have undergone skin lightening treatment sometime before her pregnancy. The super-diva however claims it to be a rumour and that it is just a wonderful ‘pregnancy glow’. But seeing the permanent pregnancy glow, the pictures beg to differ!

She is the latest Bollywood actress to undergo skin lightening procedure but she looks beautiful in any skin. Deepika has stunning features which looks beautiful both with her new fair skin and her former honey hue. She looks flawless in anything.

As it would seem, even famous Btown Divas who have won a million hearts being just who they are have to follow constraints set up by society and feel the need to fit in the norm of societal dictums as regards to “fair skin”. Kangana Ranaut has publicly announced that she would never endorse a fairness brand which made us love her even more. We are leaving this discussion open ended. We don’t judge anybody by the plastic surgeries and skin treatments they go for but do you think these actressses have a certain responsibility attached to their celeb status?

Which other bollywood celebs have gone for fairness treatments? Share your reviews with us.