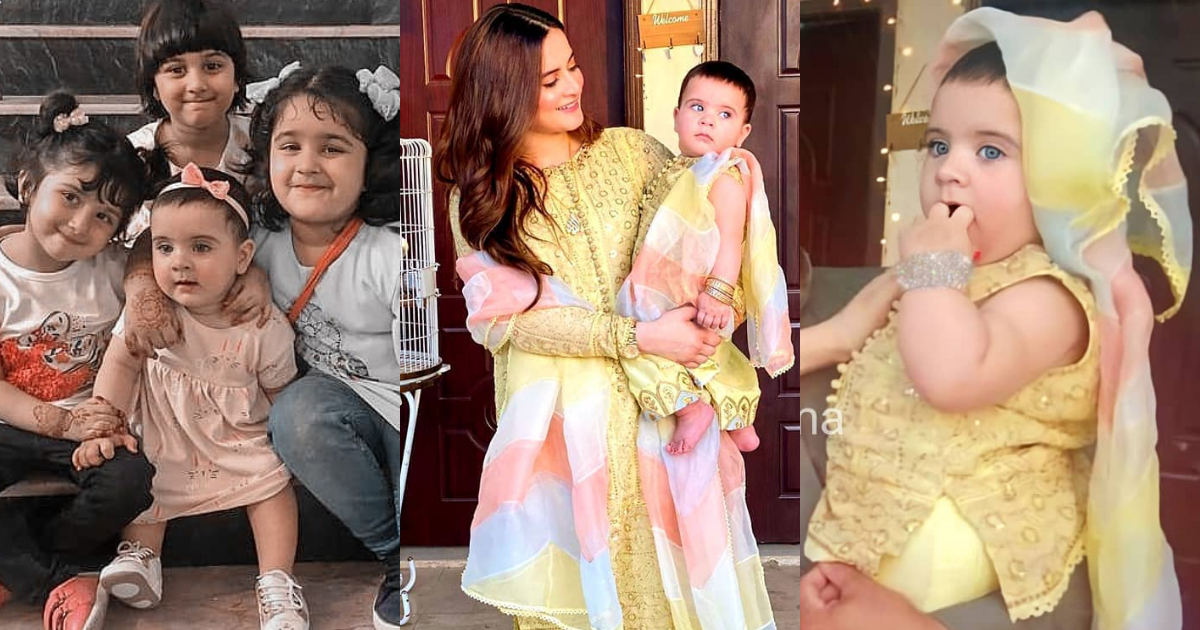 Ever since actors Muneeb Butt and Aiman Khan got married, the two have become the talk of the town. The couple has been a joy to watch for fans and followers on social media due to their love for one another. The two offer some serious #couplegoals for their fans to aim for.

However, there is a new star in Aiman and Muneeb’s little home and her name is Amal Muneeb. The couple’s adorable baby is already a social media star ever since she first opened her eyes to this world.

Ever since Aiman announced to the world about the arrival of her baby girl, social media has eagerly looked forward to seeing some beautiful pictures of Amal. Every new pic of baby Amal Muneeb gets thousands of likes on Instagram.

Recently, Aiman Khan decided to take Amal on a trip to meet her khala, Minal Khan and others. The actress and her family shared beautiful memories with baby Amal, including celebrating her first Eid with loved ones.

Aiman and her baby girl even wore matching outfits, giving fans some major #MotherDaughter goals. Her pictures are currently going viral on social media. Let’s have a look at some of these beautiful pictures.

It is lovely to see these family pictures of Aiman Khan and Muneeb Butt with their baby daughter. We wish them all the happiness in the world.

Which picture is your favorite? Share your answers in the comments below.