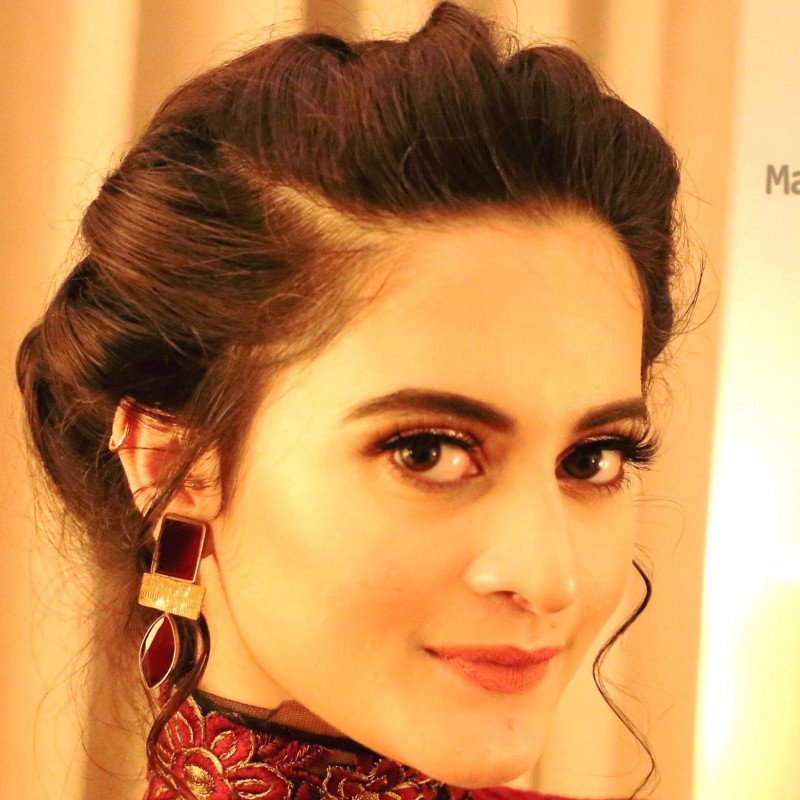 Aiman Khan is one of the sensations in Pakistan television industry. She is a talented and popular television actress and model. She is known for her beautiful looks, gorgeous body features and acting skills. She appeared in various big hit series like Kaif e Baharaan, Ghar Titli Ka Par, Mann Mayal, Meri Beti and more. She is a popular TV star and worked with top channels like GEO TV, ARY Digital and Hum TV.

Aiman Khan is famous for her brilliant performance. She started off her career as a child actress. She made her debut in 2013 with drama serial Meri Beti. She got lead roles in dramas Zindaan and Khaali Hath. She is among those beautiful, young and innocent actress who got so much fame in a very short time period. Here you can find the few interesting facts of life of Aiman Khan. 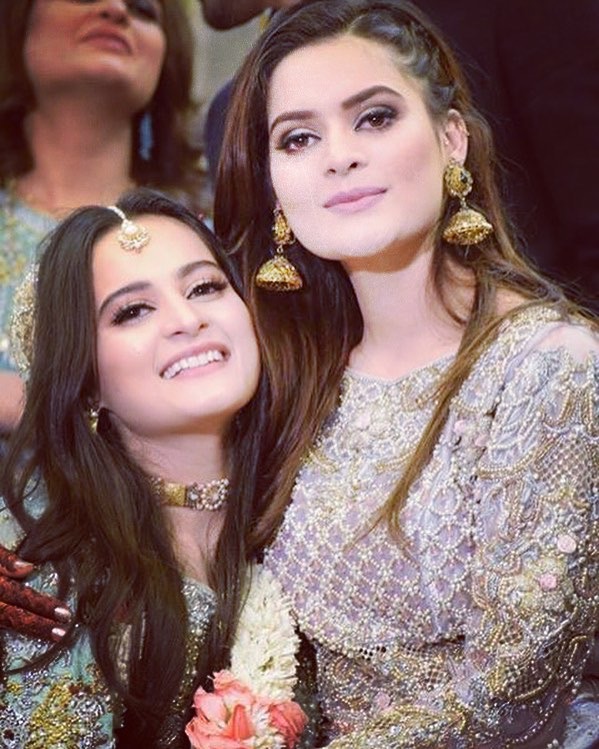 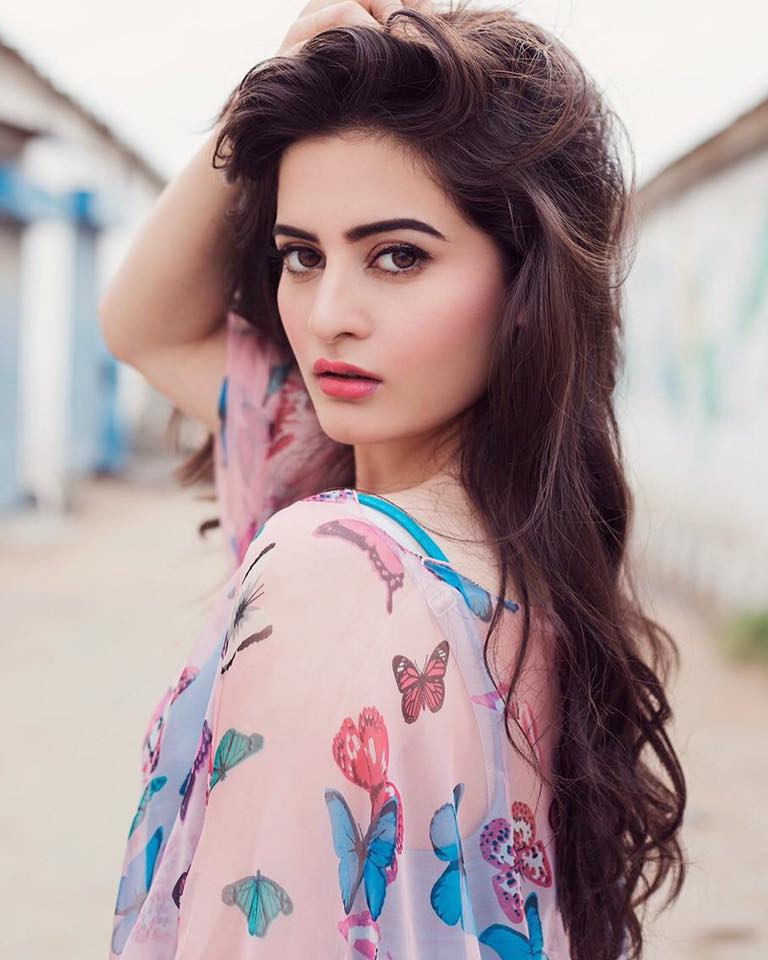 Aiman Khan is one of the famous television actresses in Pakistan. She made her debut with Meri Beti and got so much fame in a very short time period. She appeared in various big hit drama serials. She is well known for her dramas Mann Mayal, Khaali Hath and Zindaan. She is currently appearing in drama serials Ghar Titli Ka Par, Hari Hari Churiayn, Kaif e Baharran, Ishq Tamasha and Bay Dardi. 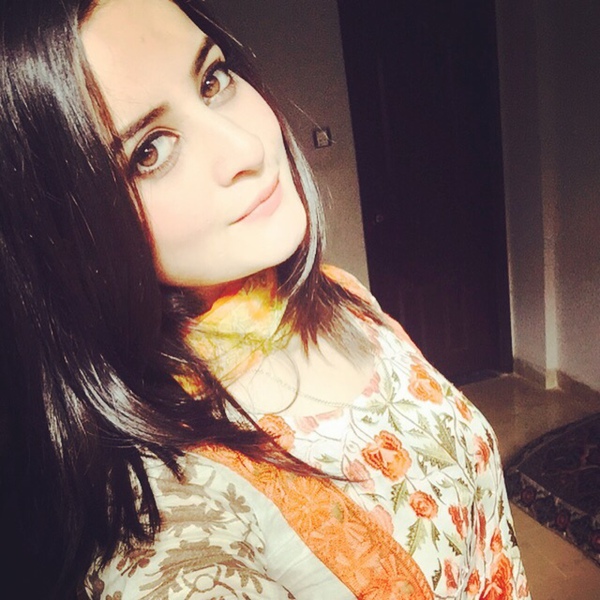 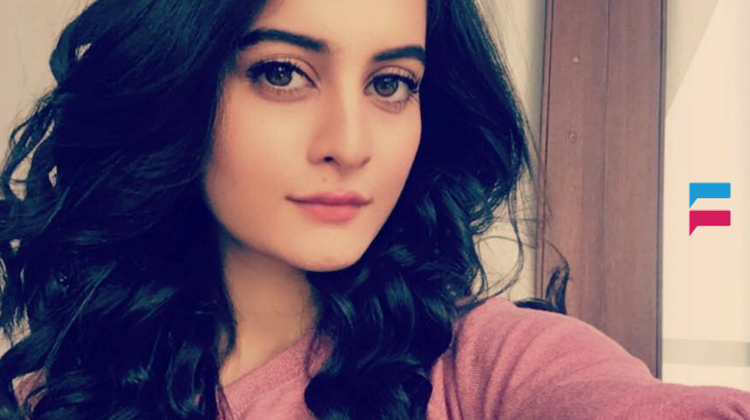 Aiman Khan is a beautiful and young television actress and model. She is active on social media. She is also available on Facebook. Her official Facebook page is active and she posts her pictures and videos on daily basis. She knows how to engage fans via social media? She loves to upload her personal pictures and stories with friends and family on Facebook. Her official Facebook page is: 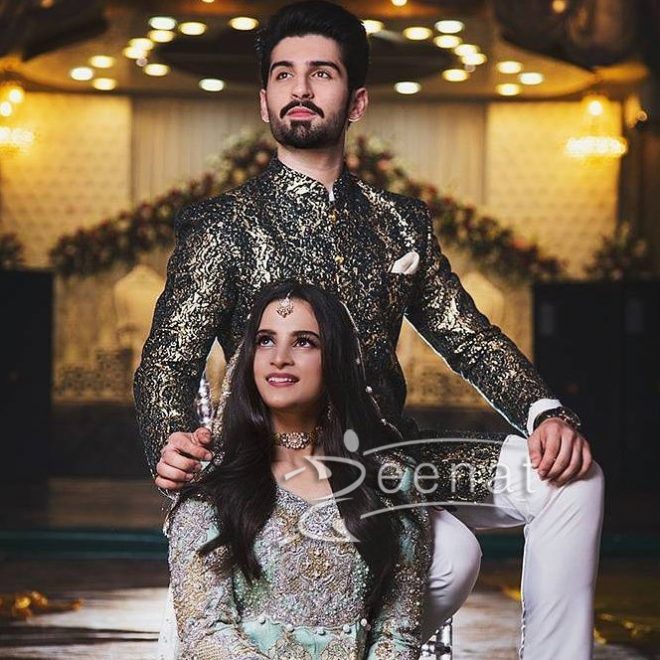 Sizzling Pakistani actress Aiman Khan is engaged with famous television actor and model Muneeb Butt. The couple got engaged in 2017. They both appeared together in dramas Khatoon Manzil, Khwab Saraye, and Zindaan. Aiman Khan look in her engagement was gorgeous and eye-catching. Her makeup was done by Raza Zamin from Nabila’s Makeup Salon NPRO. Her hair styling has done by Arshad Khan. She has worn a beautiful long maxi dress by Maria B on her engagement. Aiman Khan and Muneeb Butt engagement was celebrated in a big way. Many famous television actors and personalities have attended their engagements. 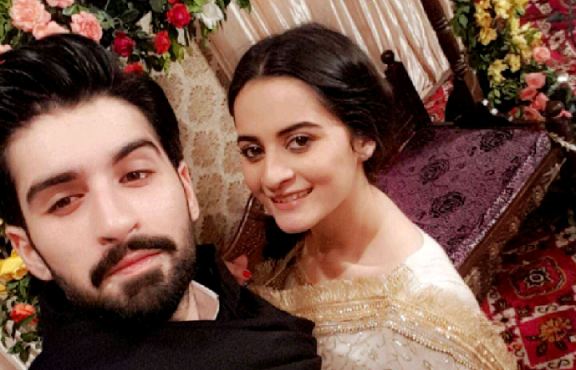 Aiman Khan and Muneeb Butt got engaged in 2017 and known as a beautiful young couple in the television industry. Her husband-to-be is also a famous television actor and model. He appeared in various drama serials and got so much praised. He is well known for his drama serials Khwab Saraye, Tum Yaad Aye, Silsilay, Kadoorat, and Zindaan.