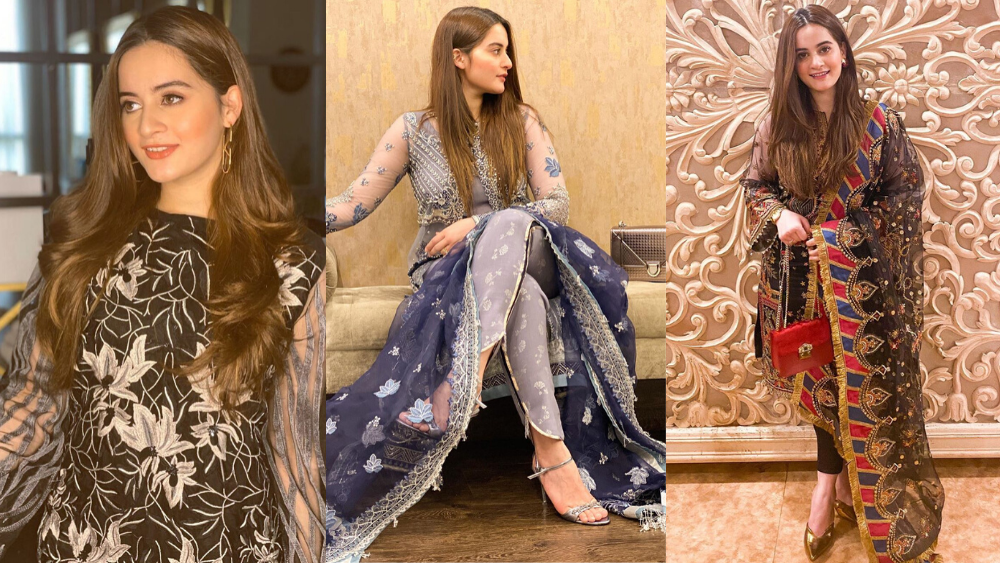 Aiman Khan is one of the most popular actresses in the Pakistani showbiz industry. Her roles in Ishq Tamasha and Baandi landed her the nomination for the best actress at Hum Awards.

However, since her wedding, we haven’t been seeing much of the Ghar Titli Ka Par actress. Some suspected that her husband, the famous Koi Chand Rakh actor, Muneeb Butt, might have stopped her from working.

But that’s really not the case. Aiman Khan revealed that she has been busy working on her clothing line that she started along with her sister, Minal Khan.

With a lot of vibrant colors and chic designs, her clothing line surely stands out. But, what makes it truly special is the way Aiman carries her own clothing line’s outfits.

Let’s take a look at some of the pictures where the Bay Dardi actress sported her own clothing brand flawlessly.

What do you think of these pictures and Aiman and Minal’s closet? Share your views in the comments section.