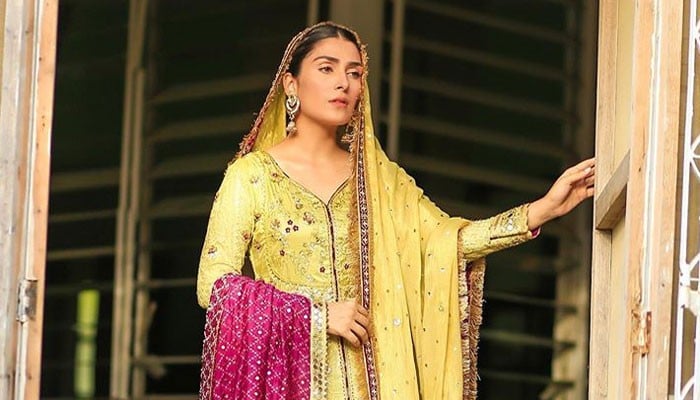 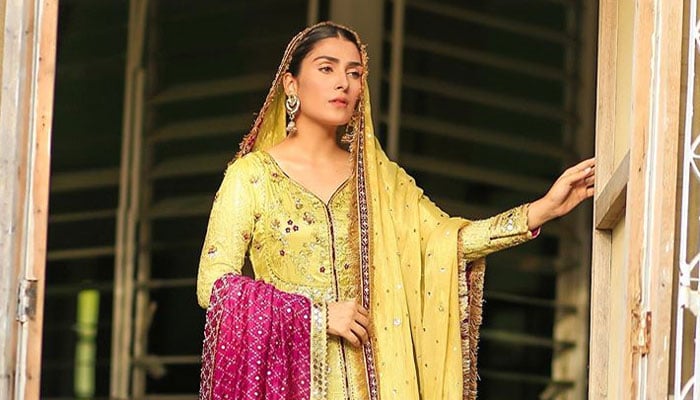 Leading Pakistani actress Ayeza Khan looked nothing short of a vision in the latest photos she shared on Instagram.

Ayeza turned to the photo-video sharing platform and shared some behind the scenes photos from the sets of her hit drama serial Mehar Posh.

The dazzling pictures have garnered thousands of hearts within no time.

Mehar Posh, a romantic drama serial featuring Ayeza Khan and Danish Taimoor, has broken all the previous records of Pakistani drama history after it was premiered on Geo Entertainment in April.

Ayeza is essaying the role of Mehru while Danish is playing Shahjahan in Mehar Posh.