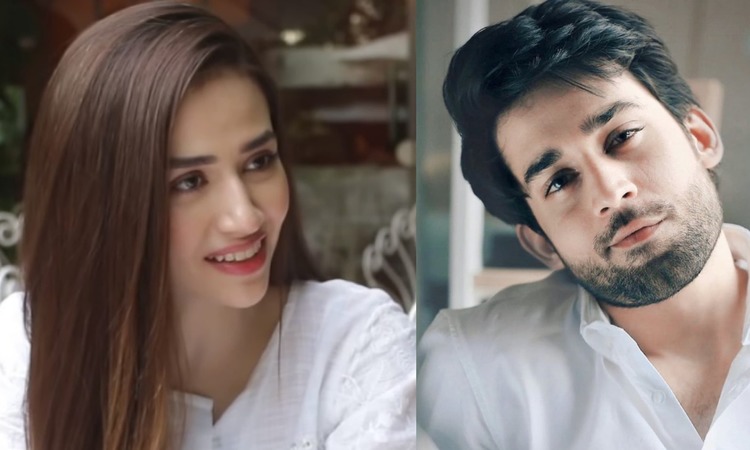 After giving a touching performance in Ruswai, which wrapped up this week, Sana Javed has found her next project.

The actor will be paired next to Bilal Abbas for Fahad Mustafa’s fresh production launching under the banner of Big Bang Entertainment. Speculations suggest joining the duo will be Noman Ijaz and Amina Sheikh.

“The genre is a modern mystery thriller,” revealed Abbas in a conversation with Images. “But the script is very different from Cheekh and very good. I’m very excited to work with Sana for the very first time. She’s phenomenal, hardworking and very talented.”

“We’re all super excited, and writer Mohsin Ali has done an amazing, amazing job”, added Sana, who seemed particularly thrilled to embark on this new journey.

“It might sound cliche but I’ve never done a character like this before. The good news for the audience is that this character is not an emotional wreck at all. Not that I do sob characters, I always go for strong women characters.”

“But what makes the project special is that Fahad himself is extremely involved – not only has he read the script but in each and every thing – from the wardrobe to character development and the feel of the show, he’s involved in every intricacy,” she shared.

“All projects have people working together, but when the producer himself is involved, especially someone like Fahad Mustafa who is such a big star himself, a big name, a big celebrity of Pakistan, and who is usually busy himself but still shows so much involvement, the project automatically becomes extra special and you get an idea that the something amazing is in the works.”

Produced by Dr. Ali Kazmi and Mustafa, the serial will be directed by Badar Mehmood of Cheekh fame.

“The team is outstanding.” exclaimed the Khaani star. “All of their dramas are always huge. Badar Mehmood directs, Mohsin Ali writes and the team effort makes it big. We’ve been wanting to work together for so long, I was also offered two, three other projects by Badar but it would never work out because of dates and availability. But finally we’re working together thank God, and we’re all very excited.”

“Bilal and I together will be a fresh feel for the screen and the audience,” she said.

“I’m positive the project will do as well as my other projects,” Bilal added. “Its going to be shot on a huge magnitude and promoted on a huge scale so i’m really hoping it will be really, really, really big.”

No release date has been announced yet, as the shooting will commence as soon as the pandemic is over. We wish the team best of luck for the upcoming project.