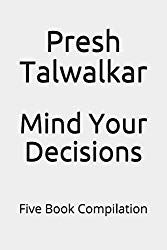 Everyone’s out of school and so this post is not strictly about game theory but rather a case study in strategic thinking.

For 7 years I was called very few names online. Then one day my math video Multiply Numbers By Drawing Lines went viral and got over 1 million views. Suddenly people were talking about me on YouTube, Twitter, and Facebook. I was not a nobody; I was called a “math genius.”

I am, in fact, not a math genius. I am good at math and I’m a good student. No one ever called me a math genius because I studied math. What I learned from the experience is how to earn the public title of “math genius.”

And I want to share what I’ve learned because the world needs more math geniuses. You too can become a mathematical genius overnight. And you don’t have to be that good at math either.

So what’s the magic formula? Let me cut right to the chase.

The secret ingredient to being called a math genius depends on one factor: publicity.

If you can demonstrate an unexpected mathematical skill to a large audience, people will suddenly call you a math genius.

Is it really that simple? I decided to check out the evidence. I went over the last 10 years of US news headlines, from the Google news archive, for the phrase “math genius.” There actually weren’t too many examples. A few of them applied to recognized mathematicians, who actually are math geniuses.

But the rest of the examples were similar. The phrase “math genius” was applied to a combination of an unexpected math skill that was revealed to a large audience.

I’ve selected three stories to illustrate the point. You can learn from these examples, and you too can become a math genius in the media’s eye.

“All will be well if you use your mind for your decisions, and mind only your decisions.” Since 2007, I have devoted my life to sharing the joy of game theory and mathematics. MindYourDecisions now has over 1,000 free articles with no ads thanks to community support! Help out and get early access to posts with a pledge on Patreon.

On November 30, 2014, the Houston Texans won a game. The quarterback Ryan Fitzpatrick threw 6 touchdown passes and everyone wanted to hear his press conference. The Harvard graduate took the moment to deflect praise and instead be a proud father.

Fitzpatrick brought his 6 year old son Brady on stage. Then, he asked a reporter for two numbers in the 90s. Watch him do the math and earn the title of “math genius.”

(If that video doesn’t work, watch the clip at NFL.com.)

In fact, there is a trick to multiply two numbers in the 90s. You can learn the trick in this video.

Notice that math knowledge itself is not a path to becoming a math genius, it was demonstrating the skill to an audience.

The easiest way to becoming a math genius is to do some mental math tricks. You’ll be a hit at parties and when you get a press conference you can stun people by doing math in your head.

(Incidentally, this is as good a time as ever to plug my new book, The Best Mental Math Tricks. It includes some killer tricks that are sure to impress and make you look like a math genius.)

Can you name an Offensive Lineman on the Baltimore Ravens? Before this year only diehard fans knew about John Urschel. Now he’s known as a “math genius.”

Urschel majored in math in college, helps teach math to grade school children, and he reads math in his spare time.

But that alone was not enough to make him a math genius in the public eye. The catalyst was he took a stance on a controversial topic. This year a few NFL players retired citing health concerns, including 24 year old Chris Borland from the San Francisco 49ers.

Urschel wrote a piece in the Players Tribune about why he plays football in spite of the risk of concussions. This suddenly raised huge attention and everyone learned he has published math papers.

The lesson is that even being in the NFL may not be enough publicity. Urschel only became a “math genius” when he also took a stance that got attention.

It’s really hard to become a tenured math professor. You have to study math at the university level and get good grades. Then you have to get accepted into a PhD program, at which point you have to pass a preliminary exam, which perhaps 1/3 of the students do not pass. Your reward is the privilege of writing a thesis with original research, which, if accepted, earns you a PhD.

You’ve got your PhD, but now the fun really begins! You now begin postdoctoral work, where you compete for the limited number of tenured professor positions.

You could argue anyone that is a postdoc in math is knowledgeable to pass the bar of being a “math genius.” But to earn the title in the media, you have to do something else.

Chris McKinlay used his math and programming skills for dating. Specifically, he was frustrated at the results from the online dating website OKCupid. So he programmed an algorithm to improve his odds of finding a good match.

The story was covered in Wired–note that he’s called a math genius! The story is actually a bit strange when you read about the details of how he harvested the data.

No matter, applying math to love and the popular dating website OKCupid–which is a larger platform–earned him the title of “math genius.”

There is a hard way to becoming a math genius: actually study math and win a Fields Medal, a MacArthur “genius” grant, or get bestowed the new Genius grant. That takes extreme dedication and is why “math genius” is applied to people like Manjul Bhargava, Maryam Mirzakhani, or Terence Tao.

But why do that when you can try to get rich genius quickly?

If you’re above average at math, then figure out how to get on a bigger stage. Play a sport. Learn video editing. Get into politics. Become an actor.

There are a couple of unusual cases worth noting. One is Jason Padgett, a “woman chaser” who turned into a math genius after being beat up in a bar fight. I have not yet read his book, but it seems his brain injury gave him savant abilities.

Another case is a 10 year old girl Esther Okade. The British-Nigerian is starting university study and evidently has strong math ability at a young age.

The game theorist can surmise the path to being a math genius is not about learning math. It’s about showing off your math skills so your intelligence is common knowledge. In other words, the real genius is the marketing of genius.

If you purchase through these links, I may be compensated for purchases made on Amazon. As an Amazon Associate I earn from qualifying purchases. This does not affect the price you pay.

Mind Your Decisions is a compilation of 5 books:

(1)The Joy of Game Theory: An Introduction to Strategic Thinking
(2)40 Paradoxes in Logic, Probability, and Game Theory
(3)The Irrationality Illusion: How To Make Smart Decisions And Overcome Bias
(4)The Best Mental Math Tricks
(5)Multiply Numbers By Drawing Lines

The Joy of Game Theory shows how you can use math to out-think your competition. (rated 4.1/5 stars on 97 reviews)

The Irrationality Illusion: How To Make Smart Decisions And Overcome Bias is a handbook that explains the many ways we are biased about decision-making and offers techniques to make smart decisions. (rated 3.7/5 stars on 9 reviews)

The Best Mental Math Tricks teaches how you can look like a math genius by solving problems in your head (rated 4.2/5 stars on 20 reviews)

Multiply Numbers By Drawing Lines This book is a reference guide for my video that has over 1 million views on a geometric method to multiply numbers. (rated 4.6/5 stars on 14 reviews) 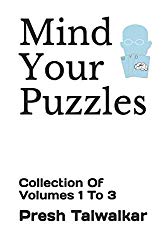 Mind Your Puzzles is a collection of the three “Math Puzzles” books, volumes 1, 2, and 3. The puzzles topics include the mathematical subjects including geometry, probability, logic, and game theory.

Be sure to read it soon! The promotion is valid for about 90 days, starting March 18.

Here is a link to the book’s main page:

You don’t need a Kindle to read the ebook. You can install the Kindle app on virtually any computer/smart phone/tablet/etc.

Be sure to read it soon! The promotion is valid until 22 December 2020.

Here is a link to the book’s main page:

The Joy of Game Theory

You don’t need a Kindle to read the ebook. You can install the Kindle app on virtually any computer/smart phone/tablet/etc.

Teachers and students around the world often email me about the books. Since education can have such a huge impact, I try to make the ebooks available as widely as possible at as low a price as possible.

Currently you can read most of my ebooks through Amazon’s “Kindle Unlimited” program. Included in the subscription you will get access to millions of ebooks. You don’t need a Kindle device: you can install the Kindle app on any smartphone/tablet/computer/etc. I have compiled links to programs in some countries below. Please check your local Amazon website for availability and program terms.

Grab a mug, tshirt, and more at the official site for merchandise: Mind Your Decisions at Teespring.