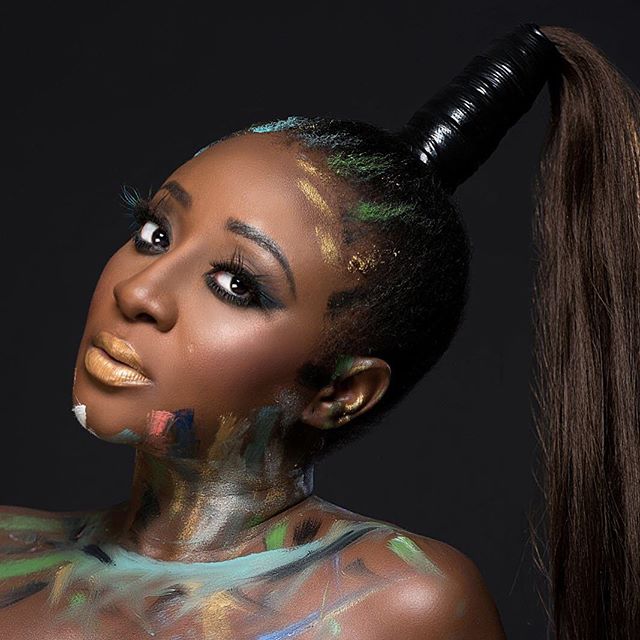 Nollywood actress, Ini Edo said she is happy to have divorced her husband

Ini Edo got married to an American based businessman, Phillip in 2008.

She allegedly walked out of the marriage in September, 2014 following accusations of domestic violence and cheating.

Speaking on ‘Rubbing Minds’ a Channel Television programme, the actress cited irresolvable differences and incompatibility as the major reasons for the crash of her marriage.

Ini Edo said that closeness should have, may be, saved her marriage since her former husband was in America and she in Nigeria.

She said, “May be being together would have helped keep us together. Because it would enable us study and understand each other more. May be it would helped but I’m not sure.

Asked if her estranged husband was comfortable with her kind of job, she said, “He met me an actress and I believe he was okay with that.

“Actually he complained. My work takes my time and interferes with so many things.

“I tried to keep my [movie] roles as decent as possible when I got married. But naturally, there are certain roles you won’t be allowed to play.

“Even when you are allowed to play them, you can reject them not just because of your husband but you got relations as well.

Asked if her former husband’s family interfered in her marriage, she added, “He was the last child, so family members will try to see if their child is doing okay.

“I try not to regret [the time I spent in marriage] but I will say, it’s been an experience I have learnt a lot from. It made me a stronger person. It made me wiser and I think it actually made me more mature.”