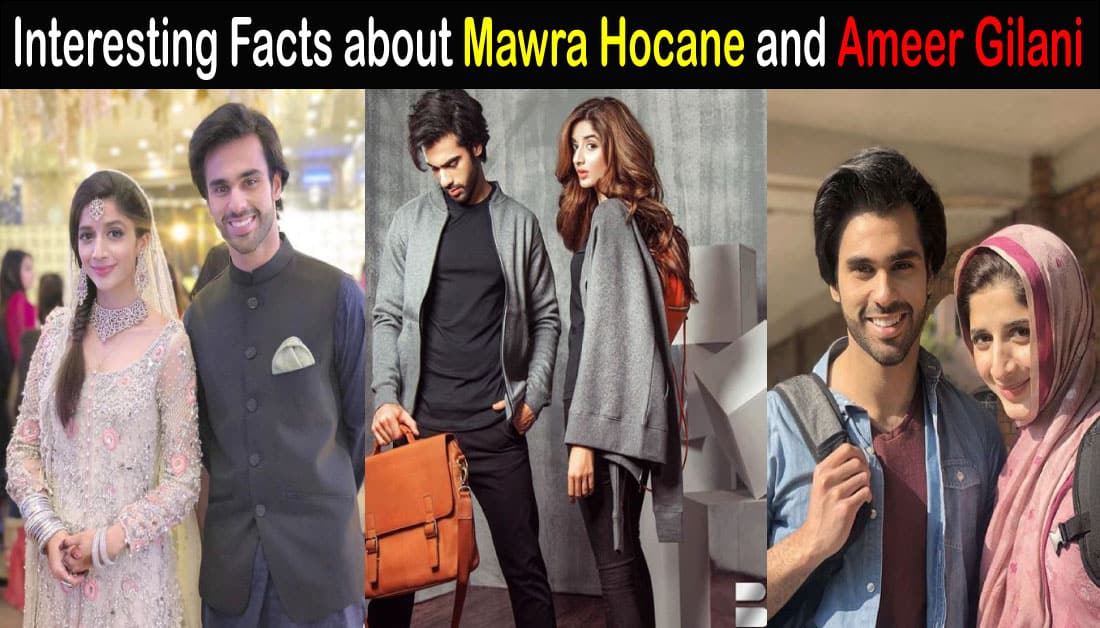 Mawra Hocane and Ameer Gilani paired up in their hit drama “Sabaat”. Viewers just love their amazing chemistry in this serial. They are not the only costar but were class fellow in the University of London. Mawar Hocane and Ameer Gilani completed their Law degree from the same University. In Sabaat drama, they are also playing the role of class fellows. Their fans appreciate their acting and couple in drama Sabaat. They are very close friends in real and share their comments on each other photos at Instagram account.

In an interview, Mawra Hocane told about amazing chemistry with Ameer Gilani but never gave any statement about their relationship. According to Mawra the secret of their chemistry is that they know each other before performing in Sabaat and they are class fellows.

Mawra Hocane and Ameer Gilani also appeared with sizzling looks in their recent photoshoot for western attire. Mawra never says anything about her relationship with any actor. Ameer Gilani got more popularity from Sabaat and start his new journey of career. He starts his acting career from Hum Tv drama “Log Kia Kahenge”. In Sabaat, Sarah Khan is playing the role of his elder sister and appears in a different character. The story of Sabaat is full of suspense and emotions.