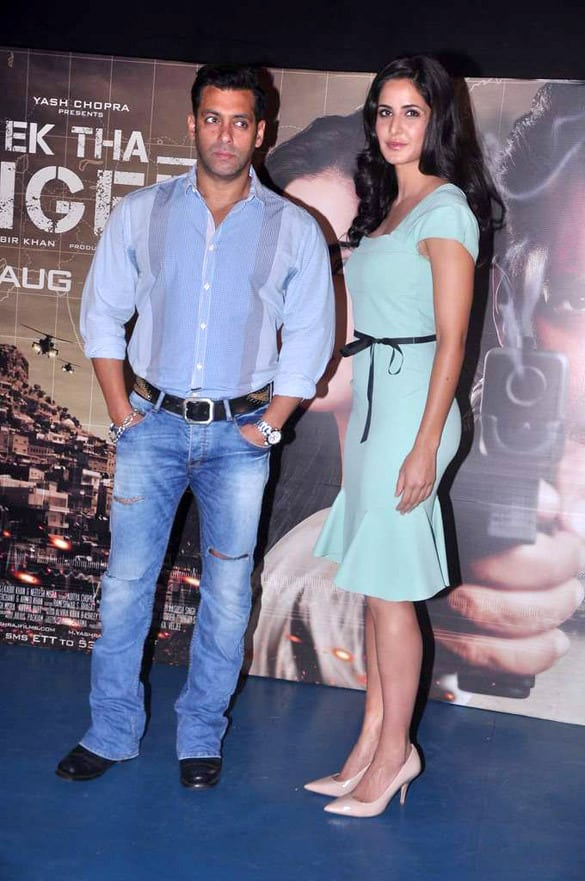 Sonam Kapoor, the glamorous daughter of Anil Kapoor, is known for her fashion style. She has acted in many hit films and the most attractive factor in her look is her height. She is the tallest actress in Bollywood at the present time. Her height is 1.79 m or 5′ 11. She even looks attractive without makeup due to her good height. The long height makes her form suitable to couple with a long actor in Bollywood films.

When Katrina Kaif made her entry into Bollywood industry, she was largely appreciated for her attractive look. At that time, not many tall actresses were there in Bollywood industry. Her height is one of the factors to make her seem dashing. She has got many roles opposite to tall actors because of her good height. Katrina’s height is 1.74 m or 5’8 1/2″.

Diana Penty made her debut with the Cocktail movie. The model turned actress looks amazing in every look because of her 1.78 m height. She stands at the second spot in the list of the tall actresses in Bollywood industry.

Shauqueen girl Lisa Hayden tied with Diana Penty in terms of her height. The modern time diva looks attractive because of her tall height. She has height equals to 1.78 m or 5’10  5/64″.

Rab Ne Bana Di Jodi girl Anushka Sharma is known for her fit body and her height is one of the factors in making her look attractive. She looks stupendously beautiful while modeling due to her tall posture. She has 1.75 m height or 5′ 8  57/64′.

Kriti Sanon made her entry into the Bollywood industry a few years back and without any doubt, she is one of the beautiful actresses among the young actresses. With her jaw-dropping looks, she has become the favourite of all. Her slim body and tall height are the most tempting factor in her personality. Her height is 1.76 m or 5′ 9”.

Rockstar girl Nargis Fakhri stunned everyone with her tall and slim look on her debut. She has done several good films and receives admiration for her good look. She is 1.75 m tall.

Sonal Chauhan made her debut with Jannat movie and falls on the list of tall actresses with a height of 1.75 m. Her tall body is the most tempting factor in her charismatic personality.

Sameera Reddy also joins the list of actresses with the height of 1.75 m. She makes a perfect couple of many tall actors in Bollywood.

Miss Universe 1994, Sushmita Sen is having a wonderful physique and her tall posture leaves everyone stunned. She has acted in many famous Bollywood films and her height is 1.75 m. She is known for her different style of acting.

Om Shanti Om appeared first time opposite to Shahrukh Khan and her tall look left everyone talking about her. She is the fittest tall actress in Bollywood industry and has a good height of 1.74 m.

Known for her strict yoga regime, Shilpa Shetty looks attractive because of her fit body and tall height. She is 1.74 m in height and has got a wonderful physique.

Veer actress makes her debuted opposite to Salman Khan. She is a Punjabi girl and belongs to a Pathan family in Mumbai. She looks similar to Katrina Kaif and is 1.74 m tall.

And the current holder of the tallest actress award is Sonam Kapoor. Here is the complete ranking with height: