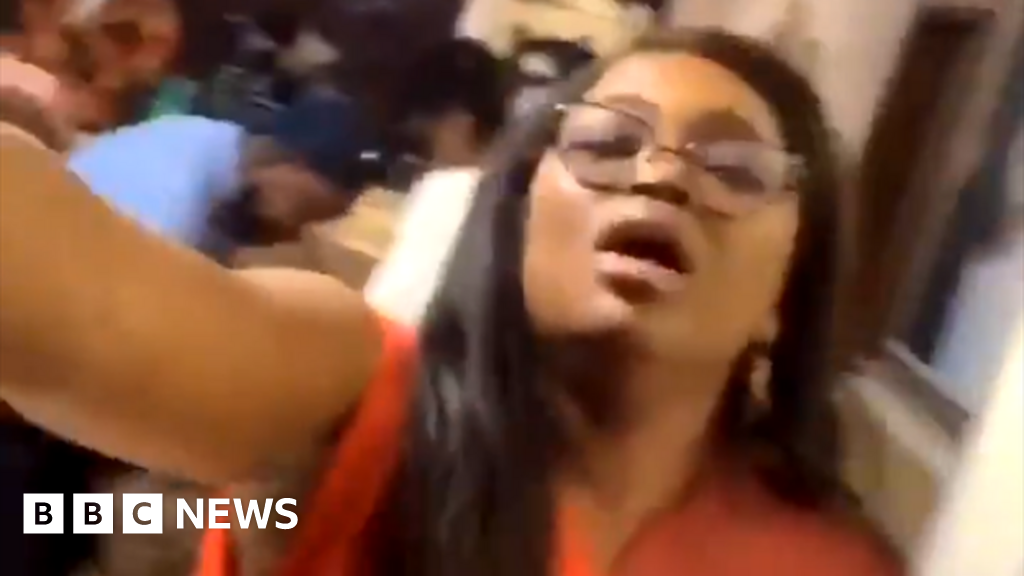 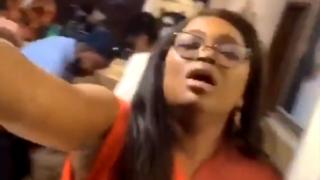 Prominent Nigerian actress Funke Akindele has been fined $260 (£210) after holding a party during the lockdown imposed to tackle coronavirus.

She was widely criticised online for the party in her Lagos mansion, held to celebrate the birthday of her husband.

Akindele has appeared in a Nigeria Centre for Disease Control video to raise awareness about coronavirus.

She defended Saturday’s party, saying that everyone who was there had been living in her house for several days.

“Nobody came from their house to party with us,” she said in a video shared on her Twitter feed.

However, she did apologise and promised to practise social distancing:

Those seen in the video include singer Naira Marley and actress Eniola Badmus, and some Nigerians have questioned whether they have been living with Akindele and her husband.

It is not clear how many people attended the event in Lagos, where all gatherings of more than 25 people have been banned.

Even if the limit was not breached, the video, posted online by Akindele’s husband Abdul Rasheed Bello, known as JJC Skillz, has been widely condemned for setting the wrong example.

Akindele and her husband pleaded guilty to violating the lockdown restrictions in a Lagos court, according to a statement from Lagos State police.

As well as the fine, the couple have also been ordered to do 14 days of community service stipulating that they should both visit 10 important public places within Lagos state to educate the public on the consequences of not complying with restriction orders imposed by the government.

They were also told to submit the names and contact details of everyone else who attended the event.

Singer Naira Marley, who was also present at the party, is now in police custody.

Following the furore, the Nigeria Centre for Disease Control and cleaning products company Dettol have said Akindele has no official ambassadorial position with them, despite appearing on the video they produced together.

They have both emphasised the need for social distancing.

Akindele is one of Nigeria’s best-known actresses and came to prominence for her series Jenifa’s Diary, broadcast on national TV.

A lockdown was imposed in Lagos, the neighbouring state of Ogun and the capital, Abuja, last week in order to halt the spread of the virus.

Nigeria has confirmed 232 cases of coronavirus so far, with five deaths and 33 people discharged.