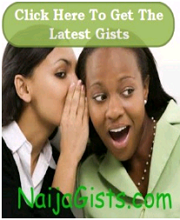 Just like their male counterparts, Nollywood actresses have become more popular through their Nollywood movies. From the early 70s through to the 90s, most African households were obsessed with Asian and Western movies, but the rising profiles of Nigerian actresses towards the mid90s changed household movie culture, nollywood actresses have suddenly become household names in African countries and many countries from different countries of the world. Actresses in Nollywood have also been hitting huge endorsements, adverts and music contracts, and modeling jobs.

Popular Nollywood Actresses and their Profiles

Genevieve Nnaji is referred to as the “Queen of Nollywood”, she has appeared in many international TV shows and programs, these include; the Oprah Winfrey show and the CNN’s Africa talk show. Genevieve has won several awards, including the 2005 AMAA awards for best lead role in a movie. Genevieve Nnaji is one of the few popular Nigerian actresses that have featured in some international movies. Genevieve is presently the highest paid Nigerian actress and she has endorsements with Lux beauty soap and has investments in fashion and endorsement with Globacom- one of the leading telecoms company in Nigeria.

Names of Nigerian actresses that have become so popular in households include ;

Nollywood actresses that are mostly known for their local movies include;

Before I take you further, for latest news on your favourite Nigerian actresses, visit https://naijagists.com/nollywoodgossip