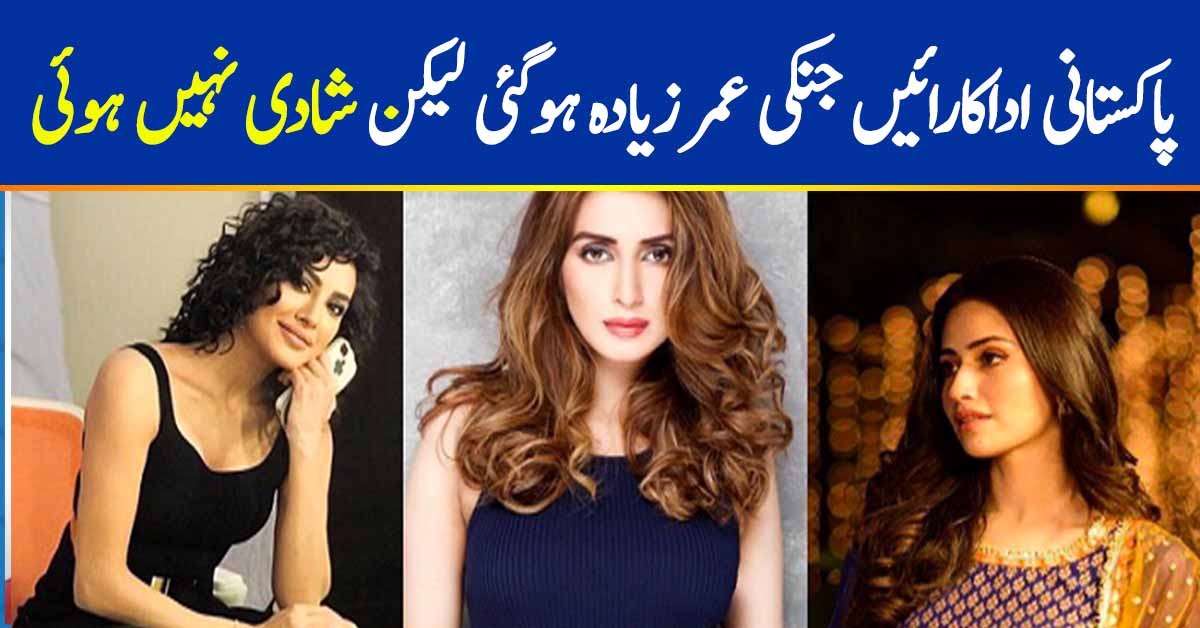 There are many Pakistani celebrities who have been flying solo even though they have crossed the 30 years mark for some time now. There is no specific age for getting married but these celebrities have us wondering when and if they will be settling down any time soon!

Here are those Pakistani female celebrities who are 30+ but they have chosen to stay single till now.

Born in Gujranwala on 5th April 1984, the 36 years old actress couldn’t be at a better place in her career than she is now. She’s received praises for her craft from not only Pakistan but across the border too. She is one of the most talented and most beautiful actresses of Pakistan. She definitely gives the phrase “age is just a number” a new meaning. Saba Qamar is still single and has never talked about whether she plans to get married soon or not. 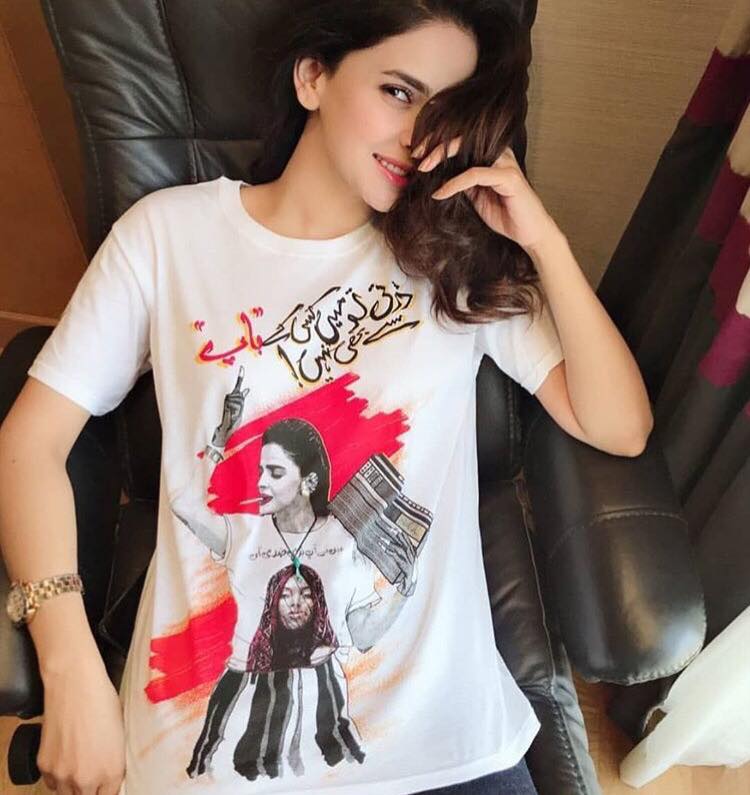 Mehwish Hayat was born on 6th January 1983 and celebrated her 37th Birthday this January. She is a very successful actress and fashion model. Having a height of 5 feet and 7 inches she is considered as one of the tallest models in the Pakistani industry. In 2008, Mehwish Hayat won ninth place in the sexiest Asian Women in the World which is a clear testament that age has not affected her beauty in any way. Mehwish Hayat has shown no desire to get married yet. 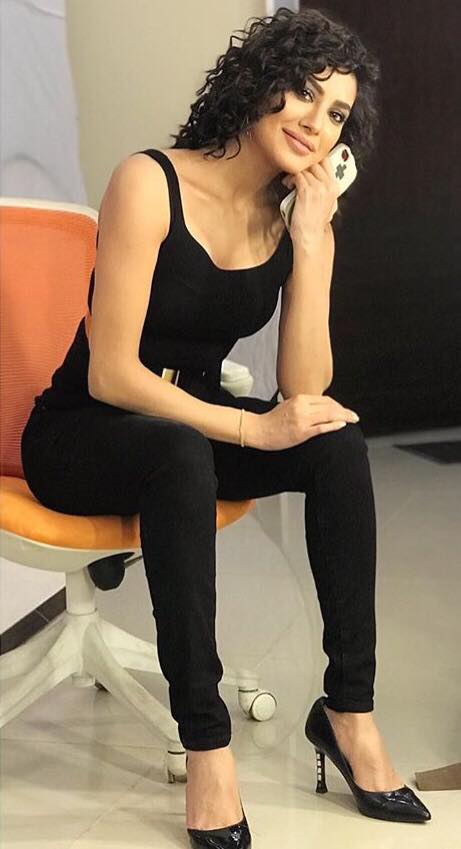 Nausheen Shah is known not just for her acting but also for her sense of style. She is also someone who speaks her mind. Nausheen Shah is 35 years old and single. Recently she talked about her long battle with depression. She is an independent woman who believes that women her age are not represented properly in Pakistani dramas.

Yumna Zaidi is everyone’s favorite. She is well-known for her great acting performances. She is an actress who is known for taking up challenging roles and excelling in them. Yumna Zaidi is 30 years old and single. In a recent interview, she talked about how worried her parents were because she wouldn’t get married. Yumna has a certain ideal in her mind and she has not found her ideal man yet. She has a certain image of the man she would marry and whenever she finds that man, she will get married.

Maya Ali turned 30 last year and this year she will be 31. Maya Ali is soaring high on the path of success and marriage it seems is not on the cards just yet. In all her interviews Maya Ali talks about how much she wants to do in her life and career. She rarely ever talks about marriage.

Maria Wasti is another top-notch actress in the Pakistani Industry. She was born in 1980 and celebrates her birthday with Pakistan’s on 14th August. The 39 years old actress is single and an expert at her art. She is famous for playing bold and sensitive roles. These tough roles speak volumes of her caliber as an actress. Single life suits this diva and she never talks about getting married. 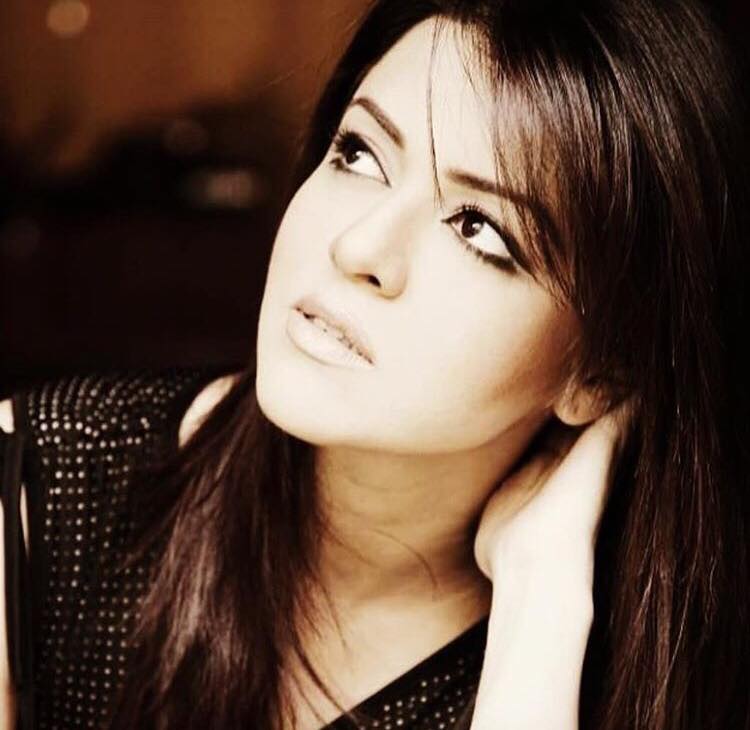 Resham is 51 years old Pakistani film, television, and theater actress. She was born on 2nd October 1978 in Lahore. She debuted with Syed Noor’s film, Jeeva in 1995 and started her journey of success from there. Resham appeared in many hit TV dramas too, like Man o Salwa, and is considered as one of the best actresses of the current lot, both in TV and films. Resham never got married and has never shared her plans for getting married. 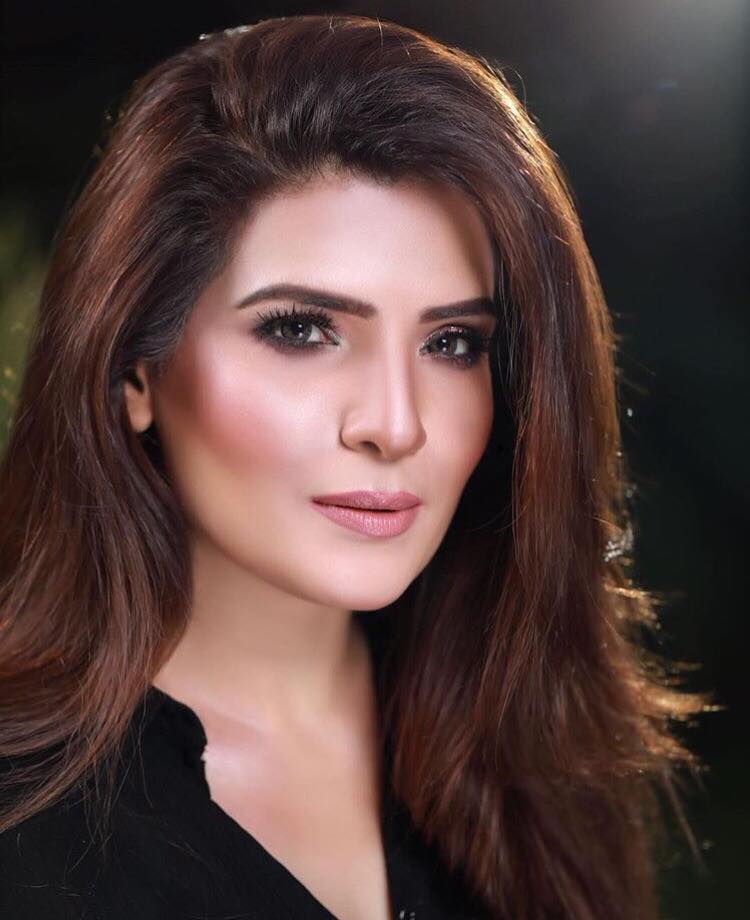 Zara, aged 42, was born on 7th May 1978 in Lahore. She was a successful model, actress, and singer at one time. She made her cinema screen debut in 2000, through film director Hassan Askari’s Tere Pyar Mein, in which she played the role of an Indian Sikh girl, who falls in love with a Pakistani banker. Sheikh received the Best Actress award for her role in the film. She has received several awards since then, as a token of appreciation for her hard work and talent. 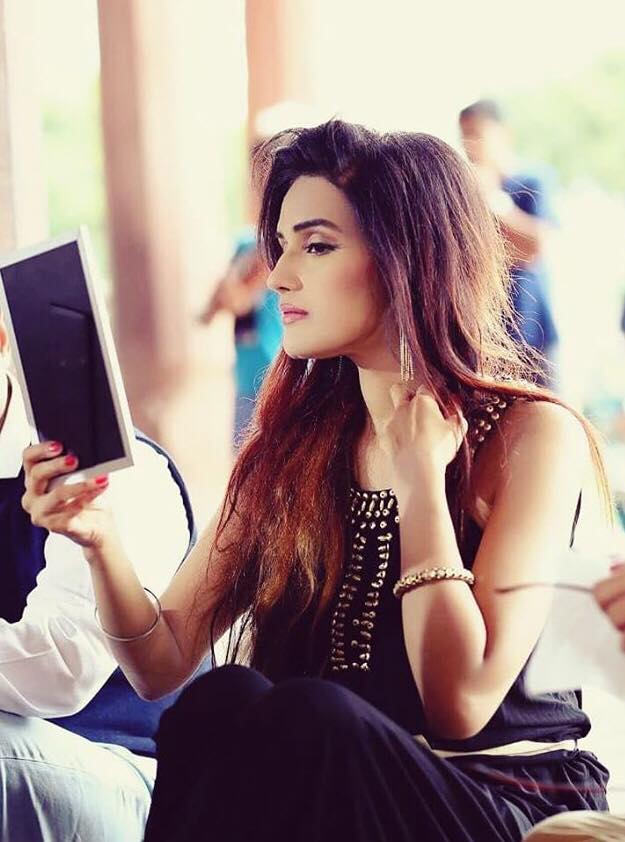 The famous celebrity was born on 15th May 1973 in Lahore city. She looks stunning and youthful even at the age of 47! The actress has worked in lots of movies and has walked for many famous designers on the ramps. Jia Ali never got married and has not talked about marriage either in any of her interviews.

Nirma was a famous Pakistani Lollywood film actress and model, who has acted in many films and many stage and television dramas. Nirma was born on 21 July 1974 in Lahore but has lived most of her early life in Kuwait. She is 45 years old. She is considered a very passionate and hardworking actress and her serious attitude towards her work is what has brought her success in this hard-to-please industry. 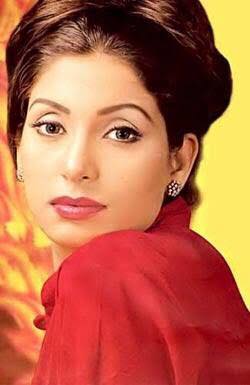 Meera is perhaps the most controversial Pakistani female celebrity. The 42 years old actress, though linked to many scandals, Meera is very much living a single life. She was born on 15th July 1976 Sheikhupura, Lahore. Her career as an actress has been pretty successful. Meera keeps you guessing about her marital status! 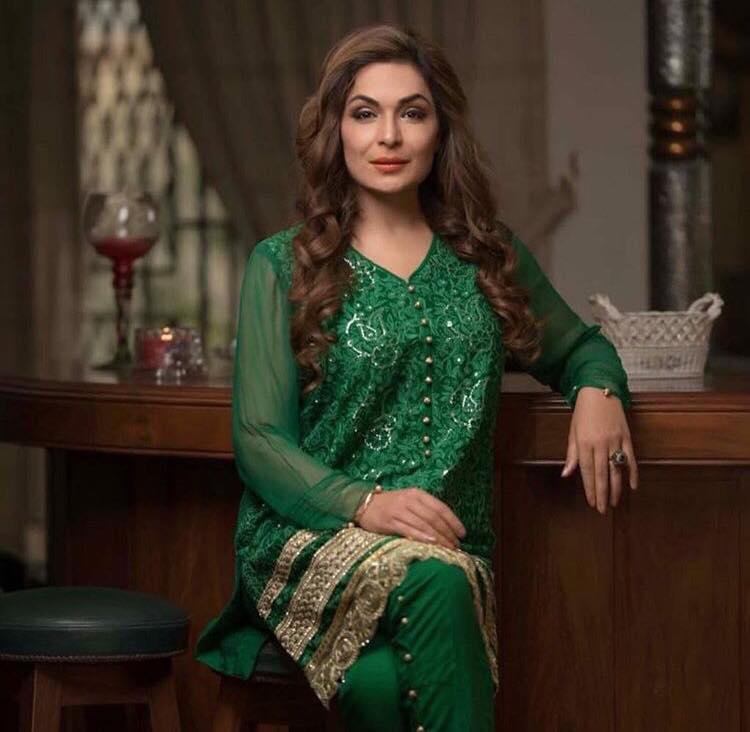 Ayesha Omar was born on 12th October 1981 in Lahore. Even at the age of 38, she is gorgeous and is considered one of the most attractive women in our industry. In addition, she is also multi-talented- an actor, singer, and dancer! The beauty got recognition with the teen based program Kollege and since then she’s only climbed up the ladder of success. Being single hasn’t caused her any hindrances in her career and we hope it never does! 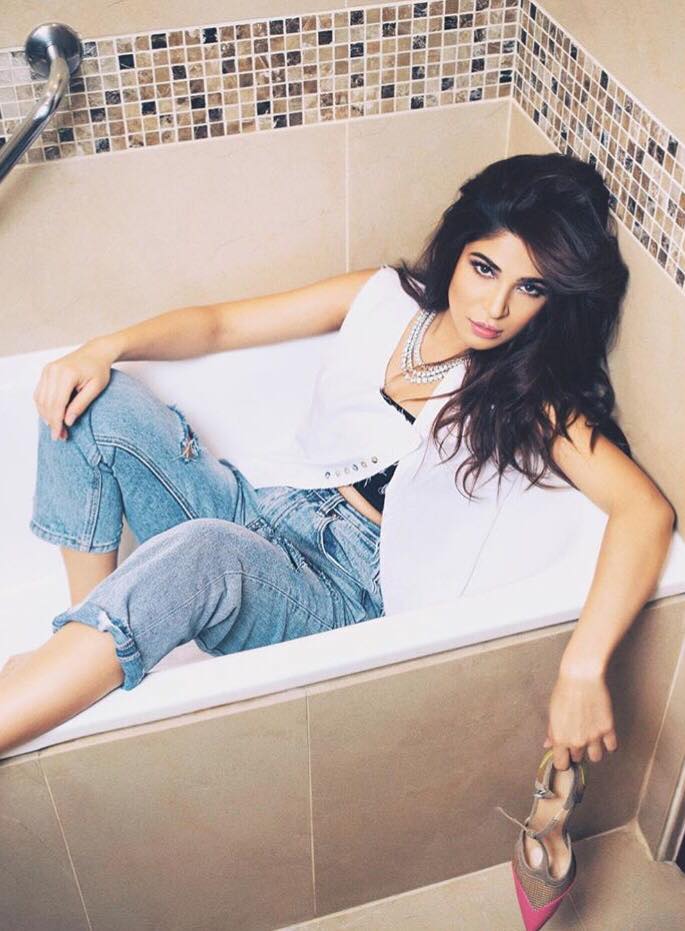 Quratulain Balouch is a famous singer who has given many hit numbers. She was born on March 4, 1988. Quratulain Balouch’s parents were divorced when she was very little which affected her in a negative way perhaps that is why she has not tied the knot yet. She is 32 years old and single. 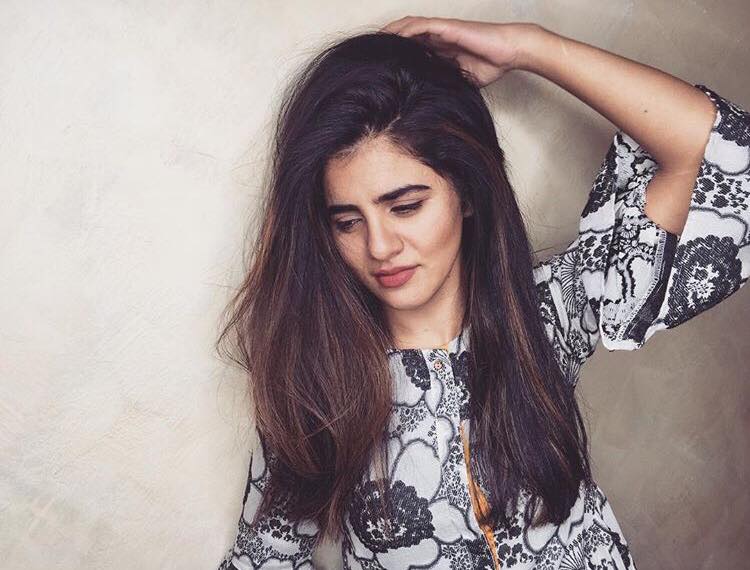 Neelam Munir is a beautiful and talented Pakistani actress who was born on March 20, 1985. She is 35 years old and still single! We wonder when she will be tied the knot. 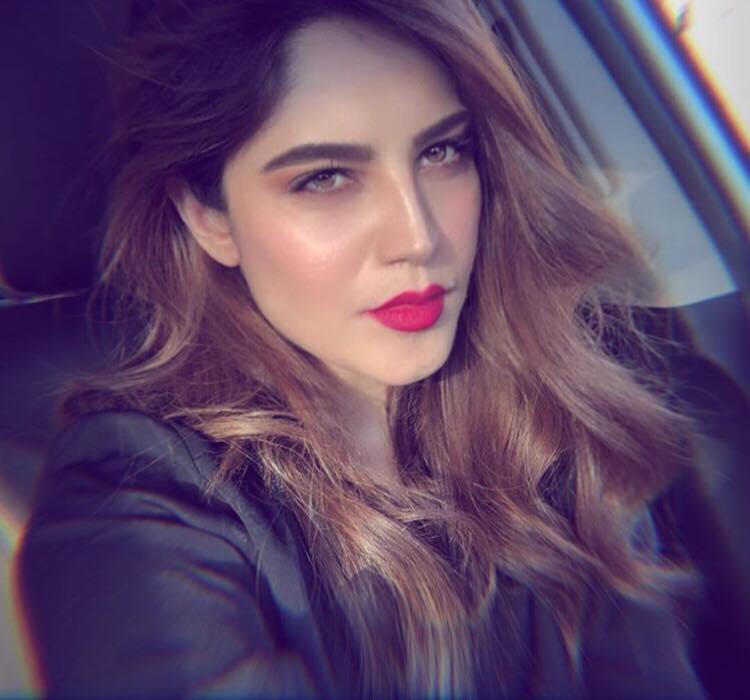 Sumbal Iqbal is another actress who the viewers love to see on screen. She has been associated with the Pakistani drama industry for a long time now. Sumbal Iqbal will be turning 30 in August and she is still single. Sumbal does not give a lot of interviews therefore she has never discussed why she has chosen to stay single.

Natasha Ali is another well-known actress in the drama industry. Natasha is 39 years old and it won’t be wrong to say that she is getting younger as the years go by! Natasha is also single and she has never talked about her marriage plans. It seems like she hasn’t found the man of her dreams yet.

Ushna Shah turned 30 earlier this year in February. She is also an actress with a strong personality. She hardly ever talks about her personal life in interviews therefore the fans have no way of knowing what her marriage plans are. Right now she is quite happy with her career and her single life.

Do you think these actresses will get married anytime soon or remain single forever? Either way, they are doing great and we are proud of their achievements!