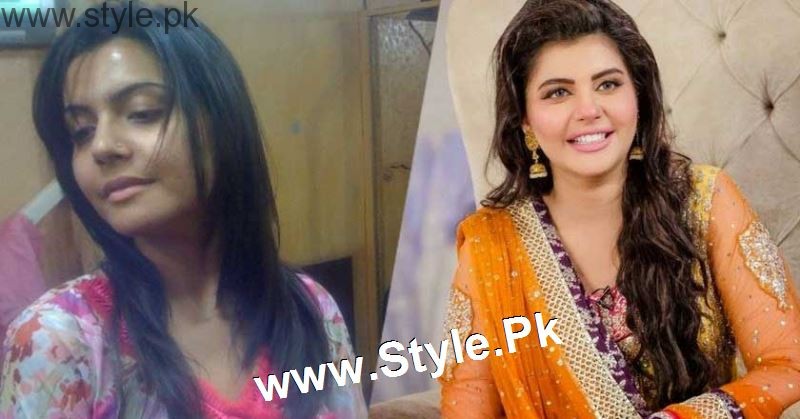 There are several Pakistani actresses who had dark complexions in past, but gradually these actresses started looking gorgeous and their dark complexions turned into white! European actresses love dusky dark exotic skin types, but in Asian countries like Pakistan and India, the women have been raised to believe that fairness is the actual beauty.

This beautiful Pakistani actress was not attractive and good looking when she joined the showbiz industry. However, with the passage of time Ayesha Khan improved her overall looks by opting for skin whitening treatments and face surgery.

Ayeza Khan is known for her pretty looks and she is in the list of most beautiful Pakistani actresses. If we compare her old and new pics, then we can easily spot the difference in her skin complexion. Skin whitening treatment has made her look like a pretty doll!

From her initial days as a dusky Pakistani model, Sunita Marshal now looks extremely different and has a beautiful glowing skin. All Thanks to the skin lightening treatment!

Successful Pakistani actress Mehwish Hayat has undergone different surgeries that also include a nose, cheek, and lip job. Apart from all this, the hot diva underwent skin brightening treatments to look fairer and beautiful.

Sanam is another pretty actress who comes in the list of Pakistani actresses who got skin whitening treatments done. Now she looks absolutely beautiful.

If you see Humaima’s old pictures on the internet then you will be amazed to see how much change she has brought to herself by opting for skin fairness treatment. Now she looks flawless!

This cute looking actress had a dull complexion when joined the showbiz, but day by day she groomed her looks and made our jaws drop with her stunnings beauty. All thanks to skin miracle treatments.

The Hocane sisters also got skin fairness treatments done. If you don’t agree, then here’s the proof!

Bold model Amna Ilyas had an extremely dark complexion some years back, but day by day she started getting fairer just due to the expensive skin brightening treatments.

Aren’t you shocked to see the before and after pic of Nida Yasir? This Pakistani morning show host, has got skin whitening treatments or injections, and no one can deny it!

The actress who is currently making headlines for her upcoming Bollywood movie with Irrfan Khan, has also undergone skin fairness surgeries in order to look more attractive and beautiful.