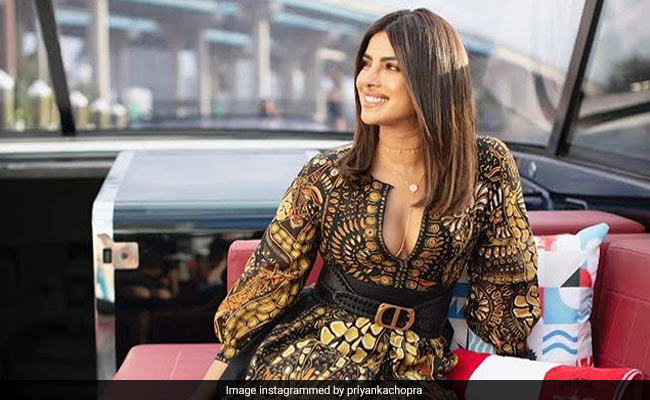 Actress Priyanka Chopra, who recently signed a multi-million dollar television deal with Amazon, talked about the minimal cultural representation of South Asians in the entertainment content in the West in an interview with Variety magazine. Priyanka, who graduated from high school in the US, said that the only person she thought “culturally represented her was Apu from The Simpsons.” Ironically, the character was voiced by a white actor, which she learned much later. The 37-year-old actress, who is married to American singer Nick Jonas, said that the minimal cultural representation had an impact on her teenage years in the US.

“What if at 13, I had seen someone who looked like me? As a teenager, I didn’t see representation of myself in American pop culture or even global pop culture outside of the stereotypical caricatures of South Asians. I didn’t think as a 13-year-old when I was watching TV that something was missing, but now as I’m older, I wonder if I would have been a lot more confident in high school if I would have not been afraid of every other person that looked different than me,” Priyanka told Variety.

“I wonder if I wouldn’t have put my head down and walked in the hallways feeling like a unicorn that everyone was staring at. I wonder if that would have changed my high school experience. I think it would have,” she added.

Priyanka Chopra, former Miss World, positioned herself firmly in the entertainment space abroad with her leading role in TV series Quantico, and movies like Baywatch and Isn’t It Romantic? However, this wasn’t a cakewalk for the actress, who said she had to “swallow her pride” when she first got an opportunity to work in the US. “When I got the opportunity to come to America and get representation, I remember the first thing that I had to do was swallow my pride. I had to explain who I was and what I wanted to do,” she said.

“There have been some incredibly prolific Indian actors that have worked in American movies and have done incredible work – like Irrfan Khan, Tabu, Anupam Kher, Amitabh Bachchan – and outside of Indian Americans like Mindy Kaling and Aziz Ansari, there was no precedent for having someone who was an Indian immigrant from outside of the American culture to come in and break global entertainment,” she added.

Among her many projects with Amazon is Sangeet and spy series Citadel, in which she’ll co-star with Richard Madden. She will also headline and produce Sheela, based on the life of Ma Anand Sheela, assistant of Osho. As of now, Priyanka is shooting The Matrix 4, which recently resumed filming.