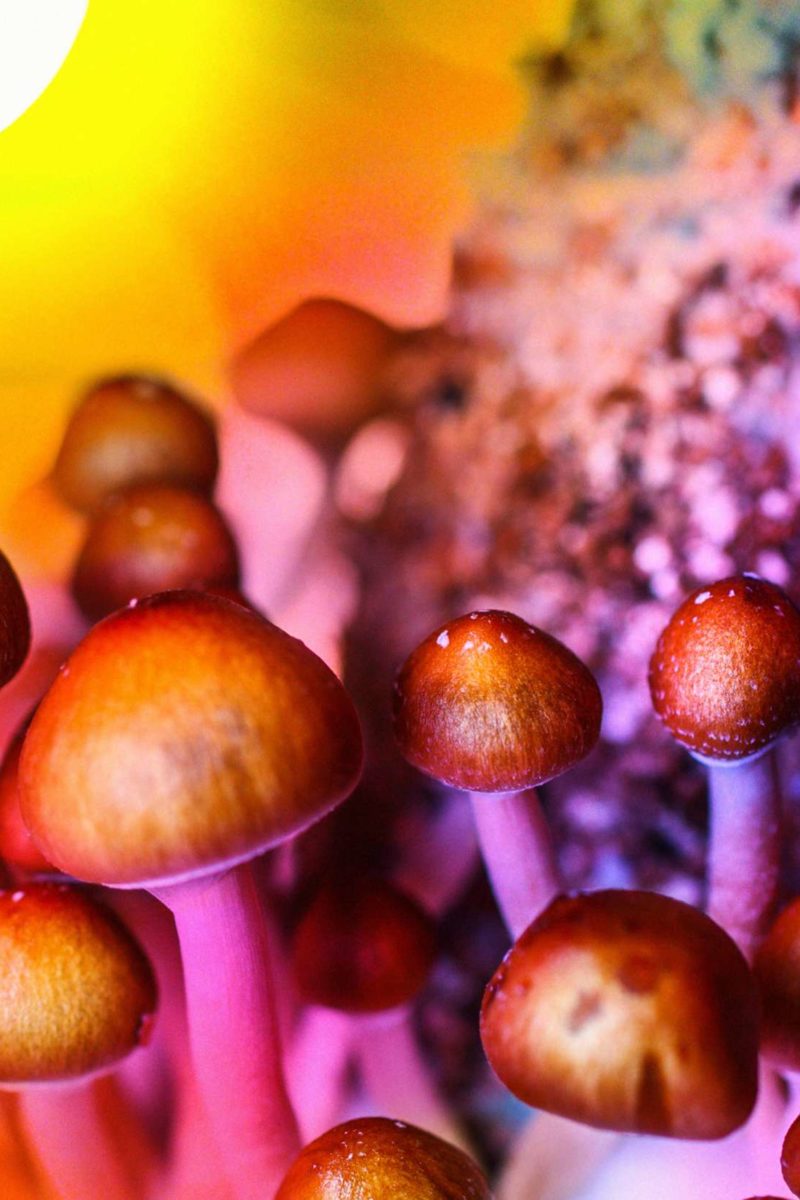 Psilocybin is a hallucinogenic substance people ingest from certain types of mushroom that grow in regions of Europe, South America, Mexico, and the United States.

The mushrooms containing psilocybin are known as magic mushrooms.

Psilocybin is a schedule-I controlled substance, meaning that it has a high potential for abuse and serves no legitimate medical purpose.

Individuals use psilocybin as a recreational drug. It provides feelings of euphoria and sensory distortion that are common to hallucinogenic drugs, such as LSD.

Although medical bodies do not consider psilocybin to be an addictive substance, users can experience disturbing hallucinations, anxiety, and panic from using the drug.

Psilocybin is a hallucinogen that works by activating serotonin receptors, most often in the prefrontal cortex. This part of the brain affects mood, cognition, and perception.

Hallucinogens work in other regions of the brain that regulate arousal and panic responses. Psilocybin does not always cause active visual or auditory hallucinations. Instead, it distorts how some people that use the drug perceive objects and people already in their environment.

The quantity of the drug, past experiences, and expectations of how the experience will take shape can all impact the effects of psilocybin.

After the gut ingests and absorbs psilocybin, the body converts it to psilocyn. The hallucinogenic effects of psilocybin usually occur within 30 minutes of ingestion and last between 4 and 6 hours.

In some individuals, the changes in sensory perception and thought patterns can last for several days.

People usually consume psilocybin as a brewed tea or prepare it with a food item to mask its bitter taste. Manufacturers also crush dried mushrooms into a powder and prepare them in capsule form. Some people who consume these mushrooms cover them with chocolate.

The potency of a mushroom depends on:

The amount of active ingredients in dried mushrooms is about 10 times higher than the amount found in their fresh counterparts.

In the U.S., the National Survey on Drug Use and Health (NSDUH) suggested that, between 2009 and 2015, around 8.5 percent of people reported using psilocybin at some point in their life.

When people use psilocybin, it is usually at dance clubs or in select groups of people seeking a transcendent spiritual experience.

In medical settings, doctors have tested psilocybin for use in treating cluster headaches, end-stage cancer anxiety, depression, and other anxiety disorders.

However, scientists have questioned its effectiveness and safety as a therapeutic measure.

Drug dealers rarely sell psilocybin under its real name. Instead, the drug may be sold as:

The effects of psilocybin are generally similar to those of LSD.

They include an altered perception of time and space and intense changes in mood and feeling.

Possible effects of psilocybin include:

The effects of psilocybin vary between people, based on differences in the mental state and personality of the user and the immediate environment.

If the recreational user experiences issues with mental health or feels anxious about using the hallucinogen, they face a higher risk of having a bad experience.

Psychological distress is the adverse event most often reported after recreational use of psilocybin. This distress can take the form of extreme anxiety or short-term psychosis.

Psilocybin as a treatment for depression

Discussions are on-going about whether psychological specialists can use psilocybin and similar hallucinogens as a treatment for depression.

Two very recent studies have looked at psilocybin as a treatment. One study examined the ability of psilocybin to reduce depression symptoms without dulling emotions, and the other assessed the relationship between any positive therapeutic outcomes and the nature of psilocybin-induced hallucinations.

While some researchers are looking into some therapeutic uses for psilocybin, they still, at present, regard psilocybin as unsafe and illegal.

People who have taken psilocybin in uncontrolled settings might engage in reckless behavior, such as driving while intoxicated.

Some people may experience persistent, distressing alterations to the way they see the world. These effects are often visual and can last from anywhere from weeks to years after using the hallucinogen.

Some individuals experience more unpleasant effects than hallucinations, such as fear, agitation, confusion, delirium, psychosis, and syndromes that resemble schizophrenia, requiring a trip to the emergency room.

In most cases, a doctor will treat these effects with medication, such as benzodiazepines. These effects often resolve in 6 to 8 hours as the effects of the drug wear off.

Finally, though the risk is small, some psilocybin users risk accidental poisoning from eating a poisonous mushroom by mistake.

Symptoms of mushroom poisoning may include muscle spasms, confusion, and delirium. Visit an emergency room immediately if these symptoms occur.

Because hallucinogenic and other poisonous mushrooms are common to most living environments, a person should regularly remove all mushrooms from areas where children are routinely present to prevent accidental consumption.

Most accidental mushroom ingestion results in minor gastrointestinal illness, with only the most severe instances requiring medical attention.

Psilocybin is not chemically addictive, and no physical symptoms occur after stopping use.

However, regular use can cause an individual to become tolerant to the effects of psilocybin. Cross-tolerance also occurs with other drugs, including LSD and mescaline. People who use these drugs must wait at least several days between doses to experience the full effect.

After several days of psilocybin use, individuals might possibly experience psychological withdrawal and have difficulty adjusting to reality.