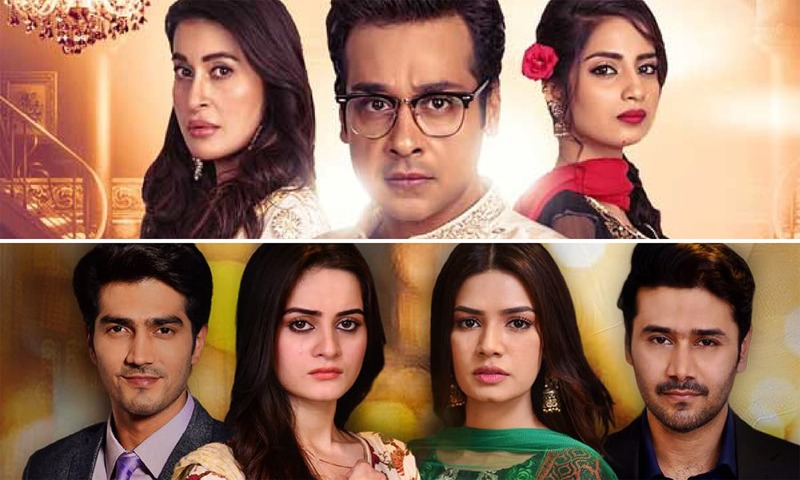 Pakistani dramas don’t fail to impress when it comes to content and subject matter. We have dramas that deliver quality entertainment by keeping it simple, having its audiences hooked.

2017 is proving to be an amazing year for the drama industry so far. With hits like Waada and Choti Si Zindagi, there are dramas to entertain all sorts of people in the masses.

With that said, check out the top six most watched dramas on television for this year so far.

A cliched story line, but nonetheless an exciting drama on ARY Digital that has us hooked since the last epsiode. Over the weeks we developed a love-hate relationship with Jaana, Sumera and Shahab, loving their characters for being so meek, clever and annoying all at once.

Hope you guys enjoyed the episode! Thank you everyone for all your support it really means the World to us #chotisizindagi #shahzadsheikh

We absolutely love Choti Si Zindagi for its simplicity and purity. This one drama addressed lessons like falling in love, relying on whatever one has, being thankful to the Creator and appreciating the little things in life. The drama is building up to an unexpected crescendo at the moment, which is why we really enjoy watching this amazing entertainer every week. Shahzad Sheikh and Iqra Aziz also continue to amaze us in Choti Si Zindagi on HUM.

With an amazing star cast, great direction and plot twists, Rasm-e-duniya has all the ingredients of being a hit, which is why there’s no doubt it’s become the nation’s favorite. With Armeena Rana Khan playing the gorgeous damsel in distress alongside the psychotic Sami Khan and Bilal Abbas, we love how Rasm-e-duniya tells the tale of hatred, toxic relationships, anger and betrayal. Rasm-e-duniya airs every Thursday on ARY Digital.

Brother in law falling for the sister in law, seems like an old plot, no? But this isn’t what Khali Haath is all about. This drama revolves around betrayal, love, anger, deciet and so much more that exists between suffering relationships in our society. With an interesting storyline and excellent acting by Ali Abbas, Shahzad Sheikh and Aiman Khan, Khali Haath proves to be an interesting watch on GEO.

Love is your guide to God; no other drama in the history of dramas has portrayed love with so much potential. Imran Abbas, Sadia and Kubra Khan made Khuda Aur Mohabbat an all time favorite and a must watch. We loved how each and everything was executed to perfection.

A strong story, beautifully scripted dialogues, amazing direction and a stellar cast, Sang-e-mar mar had everything it takes to make a hit and of course, be our top favorite. Also Mikaal Zulfiqar as Aurang and Kubra Khan as Shireen, have us glued to the screen. Hats off to the makers for having depicted the Pakhtun culture with such grace and for also tackling social issues like Vani and honor killings.

Read: HIP Gives You Top Dramas To Watch Out For In April