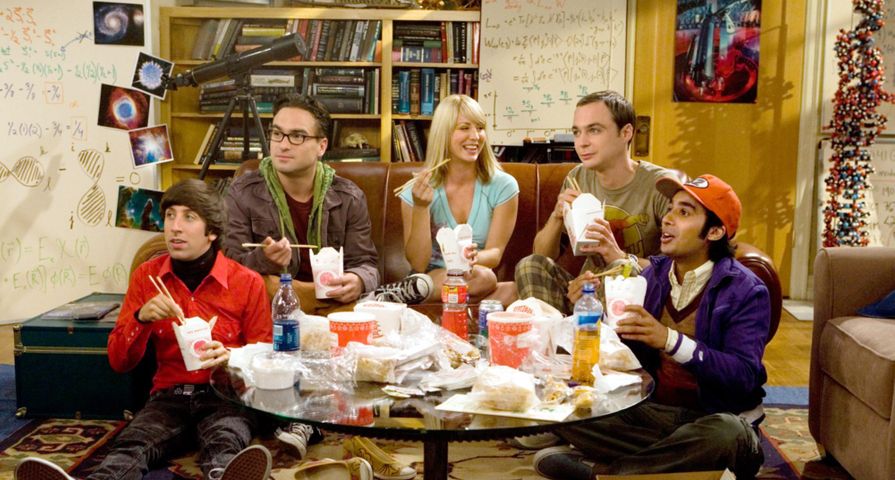 Back in 2007, no one could have predicated just how big of an impact The Big Bang Theory was going to have when it first aired. Since its premiere in 2007, the series became TV’s biggest comedy and its characters and sayings have become a part of pop culture. Loyal fans have now tuned in for 12 seasons and in those seasons have seen a lot of highs and lows when it comes to the lives of Sheldon Cooper, Leonard Hofstadter, Penny, Howard Wolowitz, Rajesh Koothrappali, Amy Farrah Fowler and Bernadette Rostenkowski-Wolowitz. Like many long-running series it was a challenge to keep the content fresh and exciting, leading to some great seasons and others that were more mediocre. Here are all of the seasons of The Big Bang Theory ranked:

The twelfth and final season of The Big Bang Theory brought fans a lot of highs and lows. It is never easy to say goodbye to a beloved series, especially one as iconic as The Big Bang Theory and while it definitely had some good moments, fans could tell that the whole thing was winding down. It honestly seemed by the final episodes that the cast wasn’t trying so hard and things had become less funny. Until the series finale episode, fans won’t know if the show is really going to go out with a bang.

Season eight of The Big Bang Theory premiered on September 22, 2014 and is widely regarded by longtime fans as the worst season of the show. At this point, even the most loyal of fans felt that maybe the show had gone on longer than it deserved and was simply recycling the same humor over and over again with one critic writing, “A lot of the jokes are tired and the plotlines are standard sitcom material, but if it’s worked for seven seasons, why switch it up now?” The season did have some highlights, which included Penny’s character development as she got a new job.

Season seven of The Big Bang Theory may have prompted quite a few Emmy nominations for some of the stars, but it didn’t resonate as well with audiences. One of the biggest problems with season seven was its lack of movement and felt to many that the writers had simply run out of ideas to keep the characters interesting. One of the biggest criticisms about season seven was the “stereotypes written for the female characters,” although the season did give a bigger role to Kevin Sussman as Stuart Bloom, who has proven to be one of the greatest, and funniest supporting characters on the show.

Candid Photos Of The Royal Family In 2019

Although the show had been slowing down for quite some time, The Big Bang Theory made a small rebound in season eleven. Between Amy and Sheldon’s wedding planning to Howard and Bernadette expecting their second child, the storylines revamped the show and fans loved it. While the season was definitely not bad, it wasn’t one of the best because the show had already begun to overstay its welcome and was clearing winding down.

By season nine there was more talk about when the show would come to an end and it seemed that many thought the series had run its course. The season started off particularly poorly when after years of “will they or won’t they?” Leonard and Penny finally were married, but in a very anti-climatic way. The two eloped in Las Vegas and simply streamed their nuptials to their friends and family, and fans felt they deserved a lot more after so many seasons of the central pair being so hot and cold. Things only got worse when they were already fighting by the time they got home from the wedding, and fans were sick of their inability to simply be happy even after being married. That is not to say that season nine didn’t have some huge moments, which included Sheldon and Amy finally getting intimate which was a monumental step not only for their relationship, but for Sheldon’s character development, which fans had been diligently watching since season one.

For many, the first five seasons of The Big Bang Theory were the best and things started to go downhill beginning in season six. One of the biggest criticisms for season six was that it was “boring” and it seemed that the show had lost the magic which made it so unique, and by the sixth season many were expecting more from the main characters with many pointing out that Raj had not evolved like the other characters. The season did have some good moments, many of which hinged on Howard’s trip to the International Space Station. Overall, the season started so see a decline in positive reviews that the first five seasons had received, but was able to keep things lively enough thanks in large part to the addition of Stuart Bloom as a main character.

Popular Celebrities We Lost In 2019

From season six to season nine, it seemed that The Big Bang Theory was only receiving worse and worse criticisms, but out of all the later seasons, season 10 was able to redeem the show a little. After several seasons of the jokes and the characters stagnating, new life was literally given to the series with some major developments for a lot of the characters with the most notable being the birth of Howard and Bernadette’s daughter. Along with the new addition to the group, the series ended on arguably the best cliffhanger of them all with Sheldon’s surprise and abrupt proposal to Amy. Even as the most passionate of fans start to lose interest in the series, it is these developments which keep fans coming back and not being able to give up on the characters after a decade.

The fourth season of The Big Bang Theory brought a lot to fans and shook things up with the promotion of Mayim Bialik as Amy Farrah Fowler and Melissa Rauch as Dr. Bernadette Rostenkowski to the main cast. The addition helped develop storylines and the main characters, and the season also picked up one huge cliffhanger after Penny woke up after a drunken night with Raj. At this point the women added a deeper level to the series and helped make Penny a much more rounded character, but it was also a season where a lot of fans began to see the jokes character quirks that were going to grow tiresome over the years.

Season five of The Big Bang Theory premiered on September 22, 2011, and for most fans is considered the last good season before losing its spark. The best part about the season was the new direction it was able to take with Amy, Bernadette and Sheldon’s mother having bigger roles and focusing the storylines on their characters and their development. Season five was a lot more balanced than season four and recaptured the “laugh out loud” humor that was at its peak in season three. Of course, one of the biggest developments was Howard and Bernadette’s marriage, which marked a huge change for the former girl and sex-crazy wannabe womanizer as they transitioned into a happily married man.

There is no doubt that the first three seasons of the series were the absolute best, and it was season three that saw The Big Bang Theory’s average viewers jump from 10 million to more than 14 million and the show itself move from 40 in TV rankings in terms of number of viewers to 12! After the success of the first two seasons, season three is when a lot of the show’s infamous guest stars began making their appearance, including recurring guest star Wil Wheaton who has proved to be a great source of added comedy thanks to his rivalry with Sheldon. It was during season three that the jokes and banter that would become old in late seasons was at its best, including Penny and Sheldon’s interactions and Jim Parsons at his best as Sheldon. Not to mention season three is also significant because it was the first time fans were first introduced to Amy and Bernadette, both of whom would become integral parts of the show.

Popular Former Disney Stars: Where Are They Now?

There have been countless highly anticipated and seemingly unique TV series cancelled after only one season or a few episodes, so it cannot be understated how critically important season one was to The Big Bang Theory‘s continued success. While season one received mixed reviews from critics, it was fans who reveled in the fresh new comedy which introduced characters and a premise rarely seen, and a cast chemistry that is hard to find. Even though the characters quickly won audiences over, there was still improvement that needed to be made in terms of some of the “stiff” and “formulaic” jokes, and once the comedy was ironed out it led to an even better season with season two.

After getting its start, it was season two of The Big Bang Theory which premiered in 2008 that made critics and fans alike realize this was a show that wasn’t going away anytime soon. After being introduced to Howard, Sheldon, Penny, Leonard and Raj in season one, it was season two that gave fans the best of the best of the characters with their individual humors, and also had Sheldon at his most typical “Sheldon” and most neurotic, which changed drastically in later seasons. One critic for Entertainment Weekly even commented how unusual it was to have such an annoying yet somehow likable main character, and it was clear The Big Bang Theory was creating a new path in otherwise stale TV comedies. “Prickly Sheldon has become a character to love, and Parsons is doing something rare on network TV: making intellectualism admirable, even heroic.” Season two saw ratings and viewers grow exponentially and can be credited for being the most pivotal season of the series.