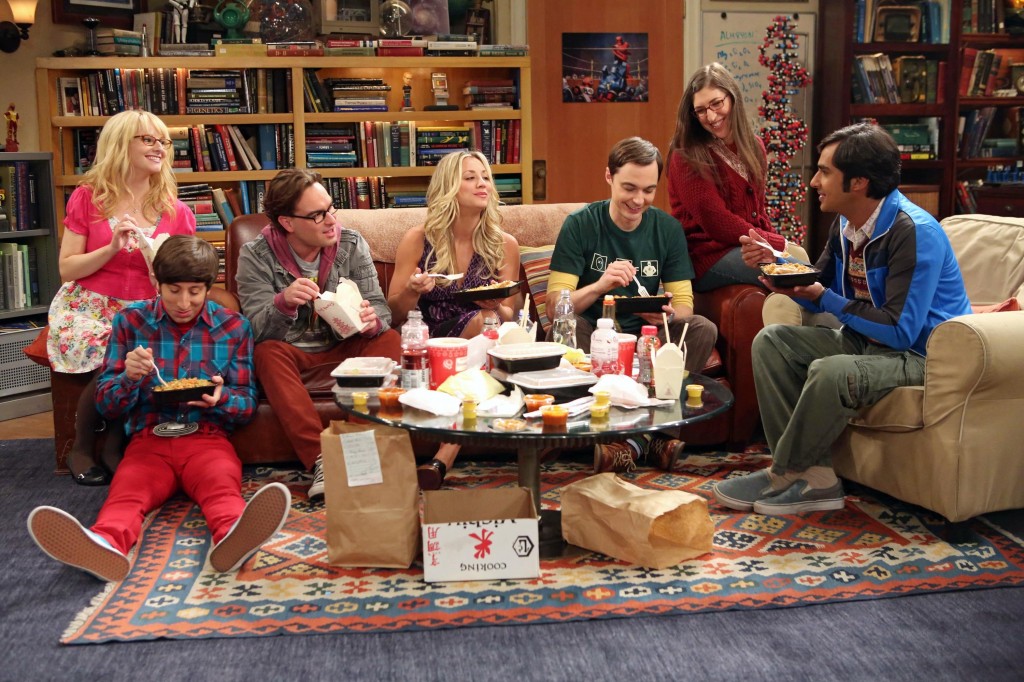 The recurring character with the most appearances on The Big Bang Theory is a character we haven’t actually seen very much of at all: Howard’s mother, Debbie Wolowitz, who was voiced by Carol Ann Susi. Following in the tradition of Rhoda‘s doorman Carlton, Cheers‘ Vera Peterson and Frasier‘s Maris Crane, we have never properly seen Howard’s overbearing Jewish mother. Carol Ann Susi passed away in November 2014 after a short illness. Following her passing, her character Mrs. Wolowitz was said to have died while on vacation in Florida in a February 2015 episode of the show.

John Ross Bowie has appeared as Barry Kripke, an annoying colleague of the guys, in twenty-two episodes since the second season. Although Sheldon tried to befriend Barry once to access an open science grid computer and then briefly made Barry a part of his replacement social group, neither Sheldon nor Leonard are particularly fond of Barry.

Wil Wheaton has appeared as a fictionalised version of himself in sixteen episodes since The Big Bang Theory’s third season. Wil started off as an enemy of Sheldon but has since become friends with him and the wider group.

Mary Cooper is Sheldon’s devoutly Christian mother, played by Laurie Metcalf, who has appeared in fourteen episodes of The Big Bang Theory dating back to its first season.

Beverly Hofstadter, played by Christine Baranski, is Leonard’s detached neuro-scientist mother who shares many attributes with Sheldon. Christine Baranski has appeared in thirteen episodes since the show’s second season.

Raj’s sister Priya, played by Aarti Mann, was a prominent character in Season 4 of The Big Bang Theory and into the show’s fifth season. Priya and Leonard dated during the show’s fourth season, but the relation ended in the fifth season when Priya moved back to India.

Raj’s parents, Dr. and Mrs. Koothrappali, played by Brian George and Alice Amter respectively, have appeared in the show since the first season. Dr. Koothrappali visited Pasadena in December 2014, marking the first time the character has been seen outside of a computer screen.

Brian Posehn has appeared in eleven episodes as Bert Kibbler, a geologist at Caltech, since the sixth season.

Dean Norris has appeared in six episodes since The Big Bang Theory’s tenth season as Colonel Williams, an Air Force representative who dealt with the guys’ quantum gyroscope project.

Regina King has guest starred as Janine Davis, the director of human resources at the university, in five episodes of The Big Bang Theory since season six.

Vernee Watson has played nurse Althea Davis in five episodes going back to the pilot.

Penny’s father, Wyatt, played by Keith Carradine, has appeared in three episodes since the fourth season of The Big Bang Theory.

Riki Lindhome has guest starred in three episodes as Ramona Nowitzki, a grad student with a big crush on Sheldon, going back to the second season.

Judd Hirsch has appeared as Alfred Hofstadter, Leonard’s father, in two episodes since the ninth season.

Kathy Bates has appeared as Amy’s mother, Mrs. Fowler, in two episodes since the eleventh season.