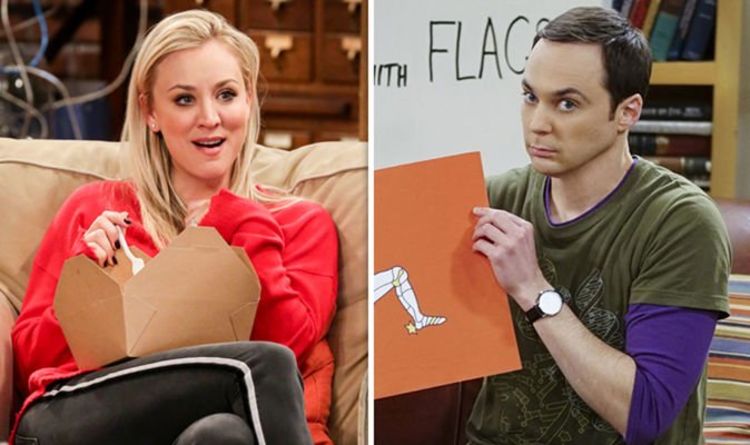 Fans of The Big Bang Theory were devastated when the CBS show aired its final ever episode and were not ready to let go of the show.

They were treated to a happy ending as Penny Hofstadter (played by Kaley Cuoco) and Leonard Hofstadter (Johnny Galecki) announced they were expecting their first baby.

Although other shows like Game of Thrones created a huge amount of speculation surrounding their finales, The Big Bang Theory was always set to end in a way that allowed the characters to live on and carry on with their lives.

This may explain why the show gained a huge amount of viewers in the seven days following the release of the finale because fans were not waiting to find out a dramatic twist.

According to statistics, the show received a 3.1 rating in 18-49 demographic on the first day the finale was released after being watched by 18 million people in the US.

Interestingly, the show’s rating bumped up to a total of 5.0 in the seven days including and after the show’s final episode was aired.

This represented the greatest increase of any show that week from the first day and saw a 56 percent in viewers making a total of 24.8 million.

What’s more, the total viewership figures were the highest for the show since September 2015.

It also became the first show since 1998 when the final season of Seinfeld aired to end as the most viewed show in its final week.

It is interesting why so many people came late to the final episode.

Maybe fans only heard about the emotional ending after the first day and wanted to see it for themselves.

The ending did divide fans as some found it to be the perfect ending while others found it too predictable.

Penny broke the news of her pregnancy in the first episode of the hour-long special, but fans could not get excited at what they saw as a “predictable” ending and took to Twitter to share their thoughts.

One fan tweeted: “I’m kind of mad they made Penny pregnant. Like not every female character needs a baby to validate their existence in the storyline.”

A third fan went even further: “I was really hoping this wouldn’t end with Penny being pregnant. She didn’t want kids. Not wanting kids is a perfectly valid life choice and I’m tired of society enforcing the idea that couples need to have kids to be whole.”

Now the show has come to an end, fans are rewatching the series from the start because they know they will never get any more new episodes.

In looking back, a serious gaffe has been spotted by fans that had been lost.

The Big Bang Theory season 12 is available on CBS and All4.