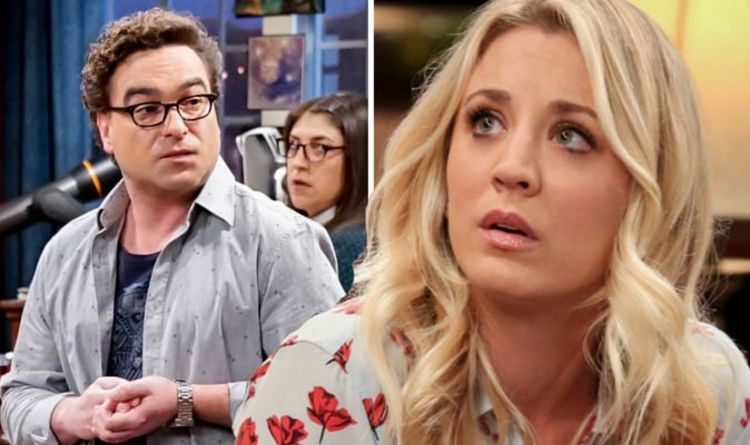 The Big Bang Theory is just a few weeks away from ending, and fans of the show are simply not yet ready for the final hour-long episode.

While the final decisions regarding their lives are up in the air, Penny and Leonard actors Kaley Cuoco and Johnny Galecki may have teased an upsetting end.

Currently in the show Leonard and Penny are currently trying to figure out whether they want to leave Pasadena after Leonard’s job was put on the line.

And the actors have recently posted teasers of the final scenes during the last table read of the show on Instagram.

Johnny shared an emotional image of himself hunched over drying his eyes as his colleagues surrounded him at the table.

He captioned the touching image: “This morning was not an easy one.

“The final table reading for @bigbangtheory_cbs So very sad. So very grateful.”

Haley posted two similarly emotional images on Instagram – the first of which saw her clutching her jacket whilst fighting back tears.

She wrote with the image: “Post table read for @bigbangtheory_cbs finale episode.”

The second saw her script covered in tear-ridden tissues, with another grief-stricken comment: “Prepare yourselves… for a finale that has truly given me a loss for words. Our whole universe… @bigbangtheory_cbs.”

While the final episode will no-doubt be an emotional ordeal for both the cast and viewers, could the on-screen couple’s comments have a deeper meaning?

Although Penny and Leonard have lived with their friends for the entirety of the show so far, could this be their last goodbye in the final episode?

And if so, will it see both Leonard and Penny being forced to say goodbye before the show ends forever?

Fans of the show commented on the Instagram posts, with one claiming: “I have no words either.”

Another wrote: “This picture is a mirror, can’t stop crying. TBBT is my fav show ever.”

While another (hopefully) joked: “Really curious on who dies.”

Earlier this week Kaley posted a photo of her fresh new finale script, which had the words “end of series” emboldened on them.

Haley captioned the image: “Yea, didn’t sleep. @bigbangtheory_cbs,” before fans of the show began sending their support to the actor.

One tragically offered: “I am not prepared to cry as hard as I will.”

The Big Bang Theory airs Thursdays on CBS and in the UK on E4.