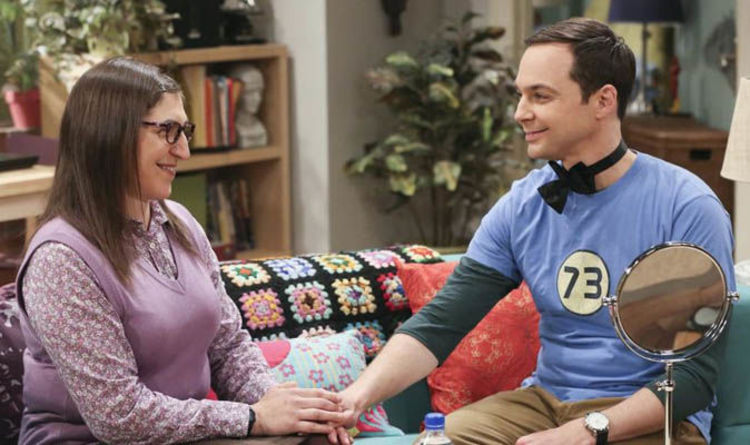 Sign up for FREE now and never miss the top Royal stories again.

We will use your email address only for sending you newsletters. Please see our Privacy Notice for details of your data protection rights.

Will there be a Big Bang Theory season 13?

CBS, the network that airs The Big Bang Theory, recently revealed they are in discussions about bringing the Jim Parsons-starring comedy back for a 13th season.

At a Television Critics Association (TCA) event, head of CBS Entertainment Kelly Kahl said: “We don’t believe it’s the final year…We are in preliminary discussions to renew the show with Warner Bros [who produce the show].”

This news was met with confusion by the show’s co-creator and executive producer Bill Prady, who reacted to the news with “Huh.”

HOW TO WATCH THE BIG BANG THEORY ONLINE

When will The Big Bang Theory season 13 be released?

Season 11 of the show ended in May 2018 with Sheldon Cooper (played by Jim Parsons) finally tying the knot to girlfriend Amy Farrah Fowler (Mayim Bialik).

The show usually begins its run on E4 in the UK shortly after the US run begins, meaning fans should expect a 13th season in autumn 2019.

However, a number of key cast and crew members have said that they think season 12 will be the last series of the show, which is watched by around 18 million people a week in America.

The Big Bang could be returning for season 13 (Image: E4)

Everyone is very comfortable with 12 seasons

It is not yet known whether spin-off Young Sheldon will return for a third series to coincide with The Big Bang theory season 13, though the show is getting a second season due to begin on Monday September 24, 2018

Showrunner Steve Holland told TVLine that season 12 would be the comedy’s last “until I hear differently.”

Johnny Galecki, who plays co-lead Leonard Hofstadter, told a TCA tour audience: “I think at this point everyone is very comfortable with 12 seasons being a good time to go home and see our families.”

Who will be in The Big Bang Theory season 13 cast?

No official casting decisions have been made, though it seems likely that the show would continue with its full main cast.

Previous seasons have been jam-packed with cameos from scientists and figures from nerd culture.

Everyone from Star Wars’ Mark Hamill to Stephen Hawking have visited the cast of scientists.

However, it is not yet known which famous faces will be popping up in season 13.

Could Raj tie the know in The Big Bang Theory season 13? (Image: E4)

What will happen in The Big Bang Theory season 13?

No plans have been released yet for what a 13th season would look like.

However, following Sheldon and Amy’s marriage in season 11, three of our lead four men are married.

Could season 13 finally see Raj overturn his terrible dating history and find a woman to marry?

One thing we are unlikely to see, however, is another pregnancy storyline.

Is there a trailer for The Big Bang Theory season 13?

There is currently no trailer for the season.

There is also currently no trailer for season 12. Last year’s trailer dropped a few weeks before the season premiere, so expect to see it in early September.