It’s only been six months since we waved goodbye to Sheldon, Leonard and the rest of incredibly popular The Big Bang Theory gang for good. But its main cast members haven’t wasted any time in leaving the world of DNA molecular models, Dungeons and Dragons and slightly dubious stereotypes behind.

From superhero animations and indie rom-coms to directorial debuts and lawsuits, here’s a look at what the stars of America’s most unashamedly geekiest sitcom have recently been up to. 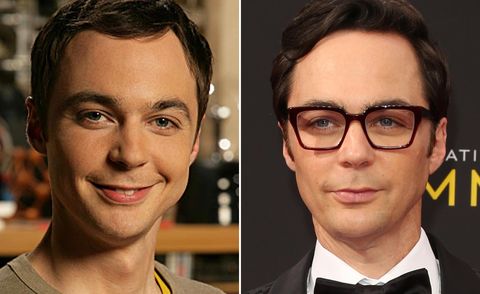 Of course, Jim Parsons hasn’t entirely left TV’s most famous socially awkward theoretical physicist behind. He still provides the adult voiceover for the character in Young Sheldon, the prequel that’s currently getting better reviews than the series it spun off from.

But fans have also been able to actually see him on screen too – he portrayed the real-life prosecuting attorney Larry Simpson in Ted Bundy biopic Extremely Wicked, Shockingly Evil and Vile.

He will next join another nerd icon, Star Trek‘s Zachary Quinto, as well as Matt Bomer, Andrew Rannells and Charlie Carver in The Boys in the Band, Ryan Murphy’s adaptation of the same-named Broadway play notable for starring an all-openly gay cast.

Parsons will then reunite with one-man TV powerhouse Murphy for Hollywood, another Netflix venture described as “a love letter to the Golden Age of Tinseltown”. 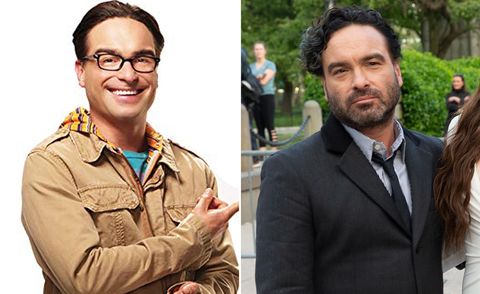 He may no longer be playing relative straight man Leonard Hofstadter, but Johnny Galecki is still very much a regular face on US primetime TV.

The ABC sitcom has yet to find a home in the UK, but viewers on this side of the Atlantic have still been able to see Galecki elsewhere – he played Henry in canine tearjerker A Dog’s Journey.

Galecki has also announced some exciting news about his personal life too. In the same month The Big Bang Theory wrapped up, the actor revealed that he and girlfriend Alaina Meyer are expecting their first child. 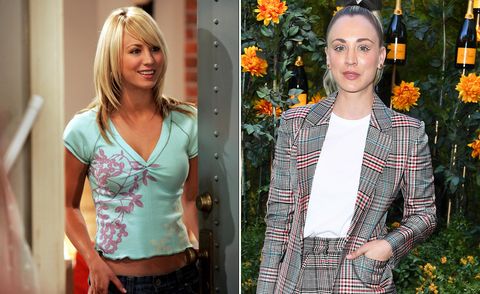 Kaley Cuoco ensured she didn’t have to wait too long for her first post-Penny role by creating not just one but two brand-new shows herself.

The 33-year-old will voice the titular anti-heroine in Harley Quinn, an animated series set to debut on yet another on-demand streaming service, DC Universe, later this month.

She will then take centre stage in The Flight Attendant as Cassie Bowden, a cabin crew member who wakes up next to a dead body in Dubai without any recollection of what happened the night before.

Just like the superhero cartoon, the adaptation of Chris Bohjalian’s same-named novel has been developed by Cuoco’s Yes, Norman Productions. 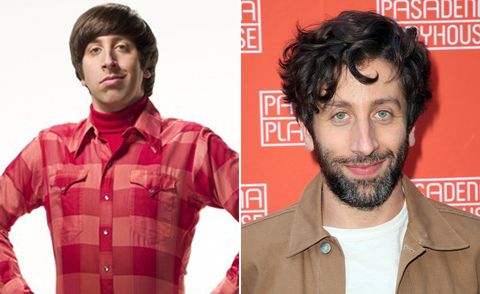 The man formerly known as aerospace engineer Howard Wolowitz will reunite with one of his Big Bang Theory co-stars next year in As Sick As They Made Us.

Before that, Helberg can be seen as The Conductor in Annette, the English-language debut from acclaimed French director Leos Carax (Holy Motors) which centres on the romance between Adam Driver’s stand-up comic and Marion Cotillard’s opera singer. 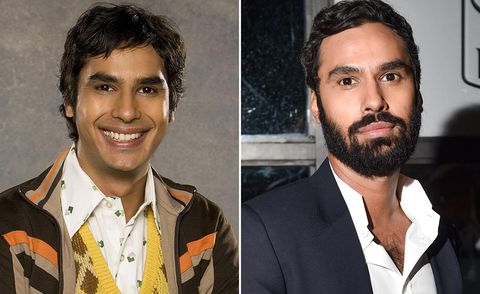 The 38-year-old stars as Mr. Mills in next year’s Think Like a Dog, a family movie about a 12-year-old child prodigy who develops a telepathic connection with his furry best friend.

Younger fans will also be able to hear Nayyar once again voice the glittery Guy Diamond in animated sequel Trolls World Tour. While he’ll also show up as a doctor in the slightly tougher-tackling Sweetness in the Belly, a drama about an Ethiopian orphan’s attempt to build a new life in England. 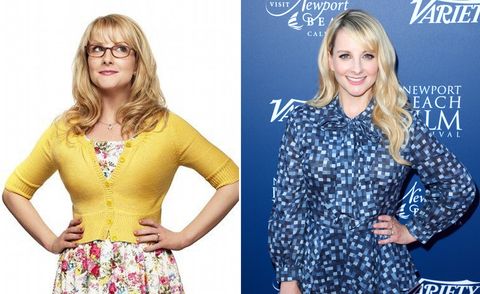 Melissa Rauch has been one of the busier Big Bang Theory stars since bidding farewell to her role as Howard’s short-tempered wife Bernadette Rostenkowski-Wolowitz.

The 39-year-old appeared alongside Martin Freeman in indie rom-com Ode to Joy and shared the screen with Meryl Streep, Antonio Banderas and Gary Oldman in Steven Soderbergh’s disappointing insurance fraud tale, The Laundromat.

On the small screen, she’s shown up as Paul Scheer’s wife Shira on 1980s-set Wall Street dramedy Black Monday and voiced The Nun, Betty Spaghetti and Poopsie Unicorn in an episode of Robot Chicken. 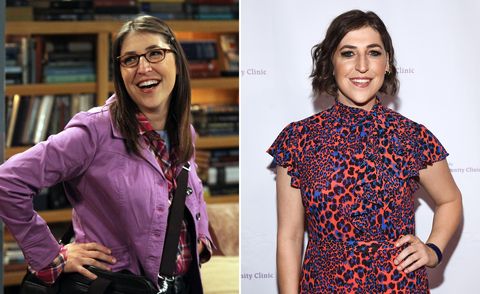 As previously mentioned, Bialik will take the director’s chair for the first time in her career in the film based on her own real life experiences, As Sick As They Made Us.

The 43-year-old will not only star as the titular unlucky-in-love lead character, but alongside Jim Parsons’ That’s Wonderful Productions, the show is also being developed by Bialik’s fledgling Sad Clown Productions. 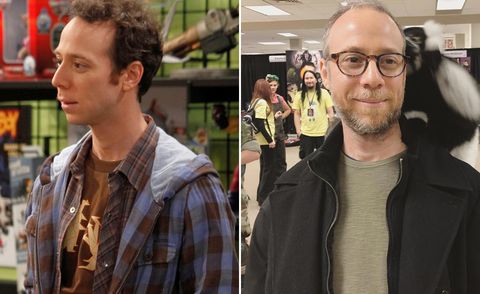 Best known for playing comic bookstore owner Stuart Bloom, Kevin Sussman appears to be enjoying some downtime since The Big Bang Theory drew to a close.

According to IMDb, the 48-year-old doesn’t have anything in the pipeline as of yet. However, his name has still occasionally popped up online thanks to being caught up in a Southern California earthquake, his slightly shady dig at Game of Thrones and his mini TBBT reunion with Bialik and Brian Posehn. 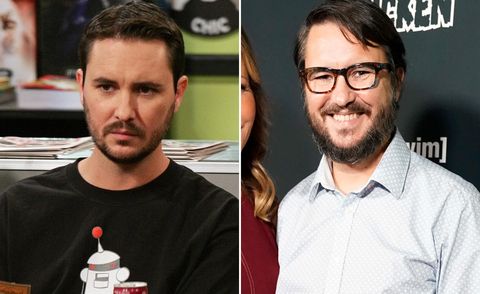 Already a familiar face in nerd culture thanks to his role as Wesley Crusher in Star Trek: The Next Generation, Wil Wheaton was further embraced by the community when he played a fictionalised version of himself in The Big Bang Theory.

Since sending himself up for the final time, the 47-year-old has filmed video game adventure comedy Max Reload and the Nether Blasters alongside another cult hero, Kevin Smith.

Wheaton has also filed a lawsuit against Geek and Sundry after claiming that he hadn’t received the money he was promised for creating, hosting, writing and producing web series Titansgrave: The Ashes of Valkana. 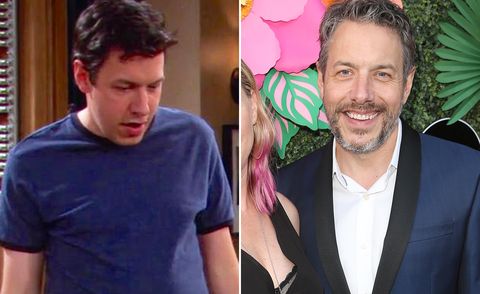 Since bowing out in the show’s penultimate episode, Bowie has appeared in the short films The Kiss-Off and Thankful, guested on short-lived Lifetime comedy drama American Princess and voiced Loab in animated series Milo Murphy’s Law.

Sadly, in the same week that The Big Bang Theory came to an end, ABC announced that another Bowie sitcom, the underrated Speechless, would also be finishing after its third season.

The Big Bang Theory‘s final season aired on CBS and CBS All Access in the US. You can buy the complete boxset now on DVD and Blu-ray.

Digital Spy now has a newsletter – sign up to get it sent straight to your inbox.

This content is created and maintained by a third party, and imported onto this page to help users provide their email addresses. You may be able to find more information about this and similar content at piano.io

This commenting section is created and maintained by a third party, and imported onto this page. You may be able to find more information on their web site.