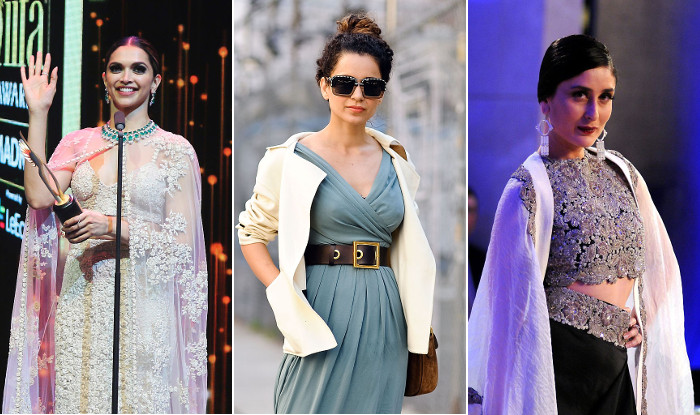 We know Bollywood actors have been making the big bucks from the start of the film industry but what about our actresses? It’s finally time for the ladies to demand their fair share. Thankfully, the new wave of actresses in Indian cinema are finding the courage to fight for their salaries. Below, we give you the new-age dream team on the big screen. Also Read – Sushant Singh Rajput Death: Karan Johar, Alia Bhatt Heavily Criticized For Mocking The Actor

This should come as no surprise that the number one highest paid Bollywood actress is Padukone. Her box office golds, “Bajirao Mastani,” “Piku,” and hits like “Yeh Jawaani Hai Deewani” have earned her the right to this title. Padukone rakes in about 10-12 crore per film.

Bangalore’s sweetheart debuted in 2007 with the hit “Om Shanti Om” opposite Shah Rukh Khan. Today she is a newcomer (the only newcomer) to the Forbes’ World’s Highest-Paid Actresses, ranking at number 10. She is the first Indian star to make the cut. However, this gorgeously talented actress is not stopping at Bollywood. She is currently shooting for her Hollywood debut alongside Vin Diesel in “xXx: Return of Xander Cage.” Padukone also is featured in endorsement deals from Tanishq jewelry and Vistara, not to mention her own label, “All About You” for the Indian online shopping website, Myntra. This woman is clearly astounding and headed straight for that glass ceiling!

Ranaut has gained significant popularity in the past few years. Many speculate her to be “one of the best actresses of the current generation.” Her talent is not only being recognized by such gracious comments but also by her salary. She has been reportedly set to receive Rs. 11 crore for her next movie which will earn her the second highest paid Bollywood actress title.

#KareenaKapoorKhan says her look today was in her favourite hue, the colour of her eyes. The star looked stunning tonight at the @sabyasachiofficial grand finale for #LakmeFashionWeek

Khan has been in the industry for over 15 years now, so it’s no wonder she is ranked so high on this list. Hailing from an extremely talented and multi-faceted family, Kareena has embodied this captivating ability throughout her career. She has showcased acting perfection in her wide-ranging roles from comedy to tearjerkers, from “Kabhi Khushi Kabhie Gham” to “Heroine,” this actress has performed each role with such charisma! She is seen to make around 9-10 crores per movie.

And now I have a wall.. #just thank you @refinery29 such a fun party and my “UnCover” @pieraluisa #R29UnCover

The international superstar is paid around 8-9 crores per Bollywood movie.  This does not include her annual income from the Hollywood industry! This talented beauty is definitely leaving her mark on both hemispheres of the acting industry. Chopra also made Forbes’ 10 highest paid TV actresses in 2016! She was profiled for her hit ABC-series, “Quantico” and is also the 1st Indian on Forbes highest-paid TV stars list! She is making both nations extremely proud.

Hello from ‘ Down Under .

Balan is seen as one of the best performing actresses in the industry. She is often sought as a primary choice for producers who are attempting to make females the leading roles in their new cinematic ventures. Whether it’s “Parineeta” or “Dirty Picture,” she never fails to impress. She makes around 6-7 crores per movie.

One of Bollywood’s hottest actresses, Kaif’s acclaim and talent has only increased in the industry. She averages around 6-7 crores per film and her (slightly) lower salary requirement allows her to get more film offers than almost any other actress.

Thank you guys for all the love for #Sultan. 300cr #Blessed

Sharma has established herself as one of the best Bollywood actresses. Her perky characters, ranging from films like “Band Baaja Baarat,” “Jab Tak Hai Jaan,” and “Matru Ki Bijli Ka Mandola” to the recent blockbuster “Sultan” have made her well-established. She makes around 5 crores per film.

Bhatt, though relatively new, is extremely adored ever since her debut in “Student of the Year.” Her subsequent films, “Highway,” “2 States,” “Humpty Sharma ki Dulhaniya” and “Udta Punjab,” have proven her mettle. She is a gorgeous and outspoken. She makes around 4-5 crores per film.

Sinha might also be fairly new to the Bollywood big screen, but the “Dabangg” girl has shown her acting chops in several action movies, including her latest film “Akira.” She makes 4 crores per movie.

Shraddha Kapoor, last but certainly not least! This talented young star has become famous for her roles in “Aashiqui 2,” “Teen Patti,” and “Luv Ka The End.” More recently, she was acclaimed for her bold character in “Baaghi” and will be seen crooning alongside Farhan Akhtar in “Rock On 2.” She is paid around 3 crores per film.