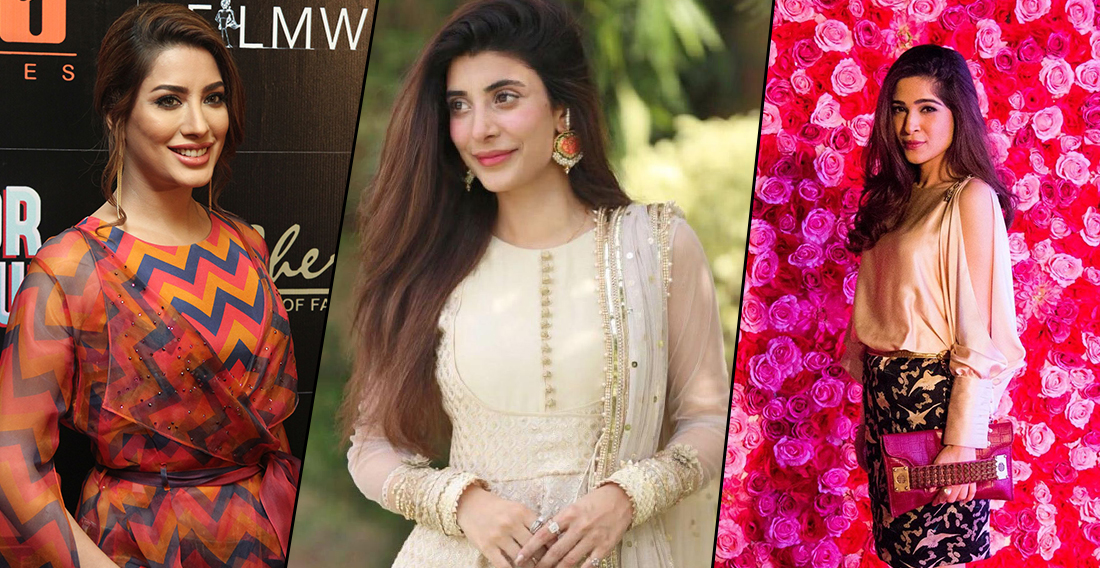 Pakistan Film and Drama industries have loaded with captivating and appealing faces. Various Pakistani actresses have worked in movies in different countries other than Pakistan. For example, Mahira Khan collected tons of appreciations from Indians by showing her skills in Raees. Besides Mahira Khan, Saba Qamar has also showcased her skills in Bollywood and Lollywood. Excellent acting skills with ravishing faces make the following actresses point of attraction. In other words, we can say that “Beauty with Brain” is the live example of the Pakistani Film Industry. Let’s read different catchy facts of the top 10 most beautiful & Hottest Pakistani actresses in 2019.

The following list of Beautiful & Hottest Pakistani Actresses has been compiled after observing the popularity of Dramas and Films of the below-mentioned Pakistani Hottest actresses.

A young and fresh face of Sajal Ali made everyone shocked back in 2009. People saw her, the first time, on-screen in  Nadaniyan Pakistani Drama. Although the role of Sajal Ali in that drama was not remarkable, yet that Pakistani drama opened new doors of success for Sajal. It is interesting to know that Sajal Ali is famous for its elegant and innocent look among her fans.

The year 2017 became the year of Sajal. Gul e Rana drama was the turning point in the career of Sajal Ali. For her stunning performance in that drama, Sajal got nominated and won Hum Awards. Besides Gul e Rana, Sajal Ali has shown her artistries in O Rangreza and Yaqeen ka Safar.

Another eye-catching face of Pakistani Drama serials is Neelum Munir. Neelum Munir knows well how to stay in news in 12 months of a year. Moreover, Neelum is renowned for her mole on the upper lip. The journey of Neelum Munir from Qaid e Tanhai to Kaaf Kangna is too long to write. The performance in Qaid e Tanhai is also remarkable.

Neelum Munir recently performed in the Kaaf Kangna Item song in which she acts like an Indian girl.

Urwa Hocane is relatively a new face in the Pakistani Drama industry. In 2012, Meri Ladli was the first drama serial in which Urwa won the hearts of Pakistani viewers. Back in 2016, Urwa got married to Farhan Saeed (singer and actor).  Actually, 2016 was the luckiest year for Urwa. In 2016, Urwa found her life partner, as well as her Drama serial Udaari, nominated for Hum Awards.

Recently, Iqra Aziz’s photos with her fiancée, Yasir Hussain, became the eye of the storm on several social media platforms.

Innocency is the other name of Kubra Khan. Her real name is Rabia Khan, however, she is known as Kubra. Since 2014, she has been entertaining the Pakistani Audience with her acting skills.

Sang-e- Mar Mar, Khuda or Muhabbat, Muqabil, and Alif are some masterpieces of Kubra’s acting in which she won the hearts of her fans. In Muqabil, Kubra Khan secured the Best Newcomer Female Award.

Although Ayesha has performed in various famous Pakistani Dramas and Films, yet Ayesha Omar is known for Bulbulay. Ayesha staged in Bulbulay as Khoobsorat. Ayesha started her career back in 2000 from Kollege Jeans. In 2019, you can see Ayesha in Bulbulay (season2) and Choti Choti Baaten.

Interestingly, Ayesha Omer is a versatile actress. A long list of Pakistani Films cannot be mentioned here, in which Ayesha has shown her acting skills.

Another beautiful face adorns the Pakistani Drama industry. Since 2009, Ayeza Khan is entertaining the Pakistani drama viewers with her staggering acting skills. However, the reason (Ayeza Khan) for gaining more popularity in Pakistan is an unforgettable drama “Pyary Afzal”.  “Pyary Afzal”  was written by Khalil ur Rehman in 2013. Ayeza secured the LUX Style Award for Best TV Actress in 2015.

Currently, the drama “Mery Pass Tum Ho” has been aired on ARY digital in which Ayeza Khan’s role in making the viewers stunned.

Almost all the fans and viewers know that Ayeza khan married to Danish Taimoor back in 2014.

A long row of different awards furnishes the room of Saba Qamar. LUX style award, Hum TV Award, PTV Award, ARY Awards, Pride of Performance, Nigar Award, and IPPA awards are the proofs of Saba’s talent and beauty. Saba is hailing from Hyderabad. Since 2005, Saba Qamar is in Drama Industry.

Saba Qamar has also performed in a Bollywood Movie, “Hindi Medium”. Where you can see her with the legendary actor Irfan Khan. Besides Bollywood, Saba has worked in Pakistani movies also. The actual reason for the fame of Saba Qamar is “Hum Sab Umeed sy hen”. Saba Qamar is the most Beautiful and Hottest Pakistani Actress.

You have seen the item song “Billi”. “Billi” song is notoriously famous among Pakistani Audiences. Recently, Mehwish Hayat was honored with Tamgha-e-Imtiaz. Mehwish Hayat is performing since 2009.

Among the famous movies of Mehwish Hayat, you would have seen one of the following; Na Maloom Afrad, Jawani Phir ni Aani, Punjab ni Jao gi, Load wedding, and Baaji.

Mehwish Hayat has also managed to secure several awards for her acting skills. Although Mehwish has performed in various dramas, yet Dil Lagi gave a high level of popularity to Mehwish Hayat.

Who doesn’t know Mahira Khan? It is really hard for us to enlist the awards for which Mahira has been nominated. Mahira is more than just a Pakistani actress. She has also worked with Shahrukh Khan- King of Bollywood– in Raees. If you are also a fan of Mahira then you have seen “Humsafar”. After performing in Humsafar drama (Aired on Hum TV), Mahira touches the new heights of fame. Humsafar, Shehr-e-Zaat, Bin Roye, and Sadqay Tumary are the famous television dramas, Mahira Performed.

BOL, Manto, Raees, are 7 Din Mohabbat In are the movies for which Mahira is known.