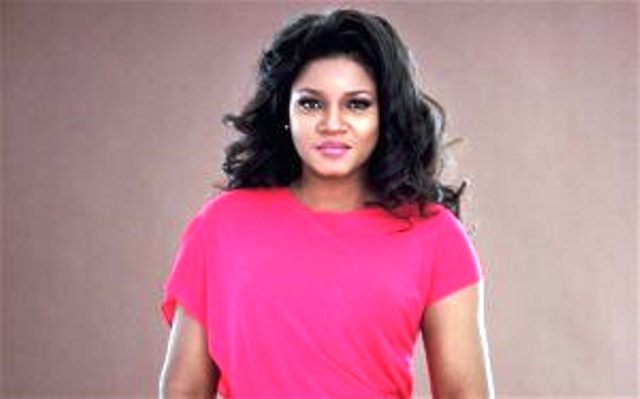 Nigerian actors and actresses are known to be pretty and handsome. The 10 most beautiful Nollywood actresses in the country is what this write up is all about.

Who is the most beautiful nollywood actress in Nigeria?

Nigeria’s movie industry, Nollywood is rated as the second largest movie industry in the world. It has produced hot sexy actresses who are popular celebrities and are known for acting award winning movies. The same can be said for the pretty female actresses in the Nigerian entertainment industry.

Since acting has become one of the lucrative careers that gives money, riches, wealth and popularity in Nigeria. In no particular order, we deemed it fit to list out the most beautiful nollywood actresses in Nigeria today.

Porpularly known as Jenifa, Funke Akindele is one of the prettiest female actresses in the Nigerian film industry. Born of Yoruba decent on August 24, 1976, she is currently the richest female actress in the country due to the high sales of her latest seasonal comedy series (jenifa’s diary).

She is happily married to JJC, a popular musician in the country. Her net worth is estimated at N900 million naira due to her endorsements, assets and investments.

A veteran award winning female actress in Nollywood, this beauty queen has been acting on set for more than a decade. She is well known for her beauty just like Genevieve Nnaji.

She sits on the second position. Her monetary value, endorsements, assets and net worth estimated at N850 million currently.

She is one of the most successful Yoruba actress who has won many accolades throughout her career. She is also pretty and is an actress with a very great action, she looks young but she celebrated her 50th birthday earlier this year.

She has performed /acted over hundreds of movies such as Onome Aganga, Sunmisola Otelemuye etc. Her net worth is estimated at N200 million currently.

Mercy Johnson is a pretty actress from Kogi state. She became very popular when she acted a role as “Dumebi” in a movie. She has acted a lot of movies and she is currently making money acting in a film sponsored by GLO (i.e professor jonhbull).

Aside from being one of the hottest nollywood actresses, she is also a business woman amassing wealth not only from her career as an actress but from various ambassadorial roles and endorsements. This beautiful actress net worth is estimated at N750 million. She is happily married with two children.

She is also one of the most beautiful actresses in Nollywood movie industry. She has a lot of sponsorship deals and has acted more than a hundred movies, including winning a quite impressive numbers of awards.

One of the most popular, hottest, beautiful and loving female actress Nigeria has ever produced, a recipient of many awards, an adviser and a role model for upcoming actresses.

For almost two years, Omotola has been absent from the industry due to some reasons but has declared herself back to the industry and she recently released a movie titled “Alterago” to confirm her resumption to the movie industry. We currently don’t know her monetary value cause she never reveals much about herself

Although not as popular as the aforementioned actresses, she still a hot sexy celebrity that is very significant just like other nollywood actors in the entertainment industry. Her wealth of experience and ideas is never in doubt.

The beautiful young celebrity has acted a lot of films and is still relevant in Nollywood. Her net worth is estimated at N500 million currently.

Veteran actress and celebrity is one of Nigeria’s most popular actress. ‘Mama G’ as she is fondly called, she is a legend and a role model. She has also acted a lot of home movies as she has been in the movie business before most of the actresses listed here.

Aside from other sponsorship deals, she is currently Glo ambassador with other top musicians in Nigeria. Her net worth is estimated at N800 million presently.

She is the reigning Nollywood actress in the country because of her beauty. She is married to popular celebrity and music producer of EME record label, Banky W.

Her quality in acting makes her a good actress. She is rated best and has endorsements and sponsorship deals to her name. Her net worth currently is estimated at N450 million.

Genevieve Nnaji is arguably the most beautiful female Nollywood actress today. The business savvy actress, singer and fashion designer has appeared in several movies and has some of the most lucrative endorsement deals like Lux, Cintrion Energy drink, Range Rover Evoque, Etisalat, Polo, Amstel Malta and MUD.

The Etisalat deal alone reportedly earned her N100 million and the deal with Polo is reportedly N70 million, while the Cintron drink deal allegedly got her N50 million.

The gorgeous actress has a Mercedes Benz G-Wagon worth 30million Naira, a Range Rover Evogue worth 19million Naira and houses in Ghana and Ikoyi, Lagos worth several millions of Naira making her net worth about N850 Million.

Adesua Etomi has been rated to be Nigeria’s most beautiful actress among the rest of other Nollywood actresses in the country. The pretty actress is married to popular music producer and singer, Banky W.