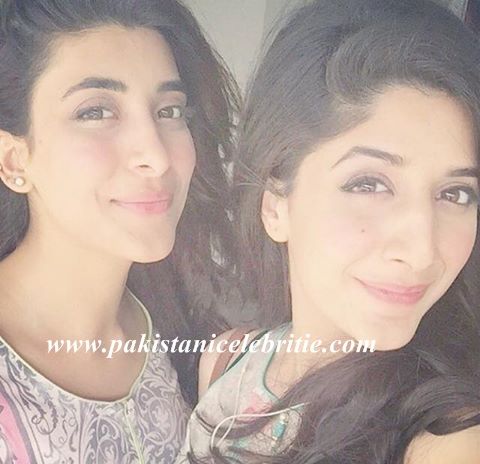 Mawra and Urwa are the mot beautiful and talented sisters of our drama and film industry. They are very pretty as you can see in the picture.Mawrahas done a Bollywood movie “Sanam Teri Kasam”. Urwa is also doing films in Pakistan.Urwa Hocaneis committed with Farhan Saeed now a days.
2- Aiman Khan And Minal Khan 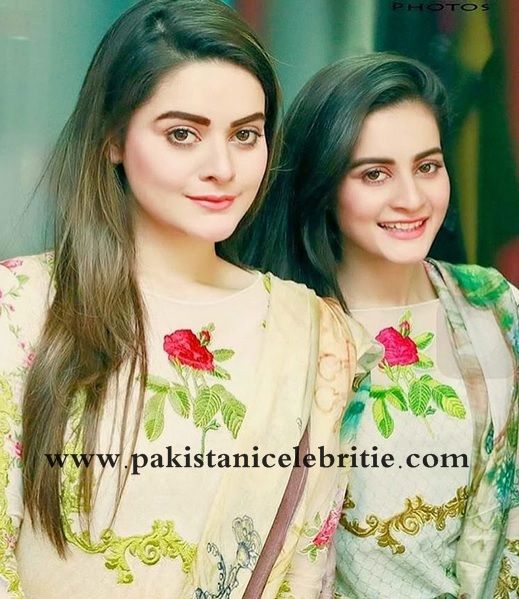 The most pretty twins sister of Pakistan Showbiz Industry is Aiman khan and Minal Khan. As you see in the picture they are beautiful, They start acting in their childhood. In Starting they comes on screen as child star but now they come as lead character also. It is difficult to identify them so i want to tell you that the right one is Minal and The left one is Aiman. Minal Khan is committed with Manzoor Khan and Aiman is committed to Muneeb Butt.
3- Arisha Razi And Alishba Razi 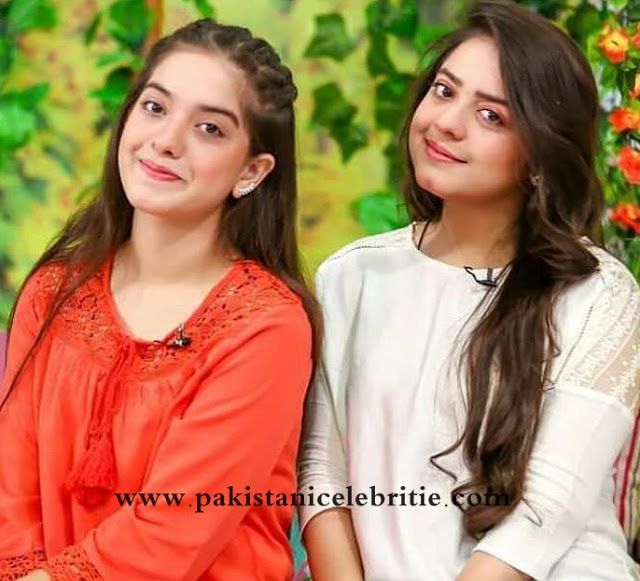 The prettiest sisters of Pakistani Drama Industry is Arisha Razi and Alishba Razi. The right one is Arisha and the left one is Alishba. Both sisters work in dramas. Arisha start acting when she was just seven years old. She has done many dramas as child star. Alisha is elder than Arisha.

4- Neelam Muneer With Her Sisters 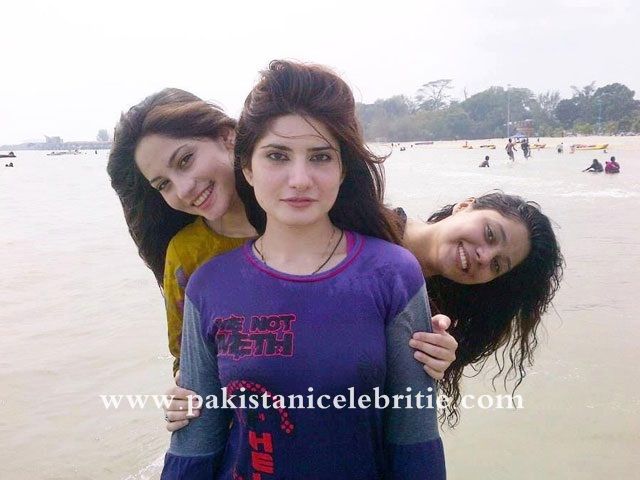 Neelam Muneer is the most beautiful actress of Pakistani Drama Industry. As she is very pretty so her sister is also very pretty. Her sister is not in showbiz. She is married and live happy married life.

5- Syra Yusaf With Her Sisters 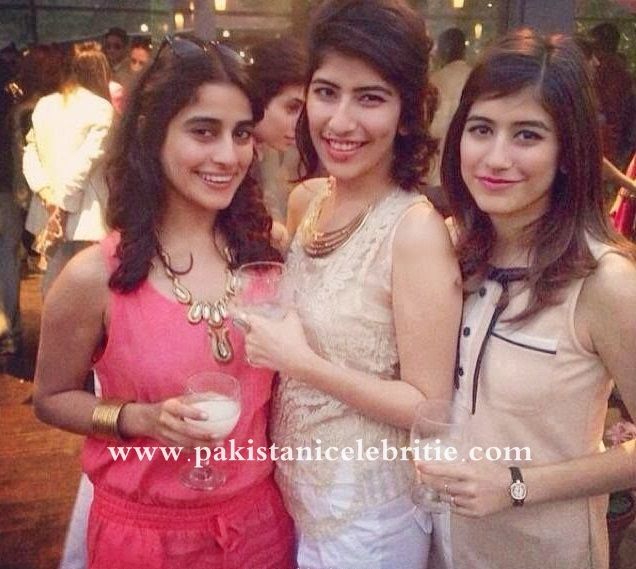 Pakistani actress Syra Yusaf is sister of Alishba Yusaf and Palwasha Yusaf. They all are work in Showbiz Industry. Syra and Alishba are actresses and models also but palwasha is just belongs to modeling. Alishba and Syra are married and live happy married life.

6- Humaima Malik And Her Sister 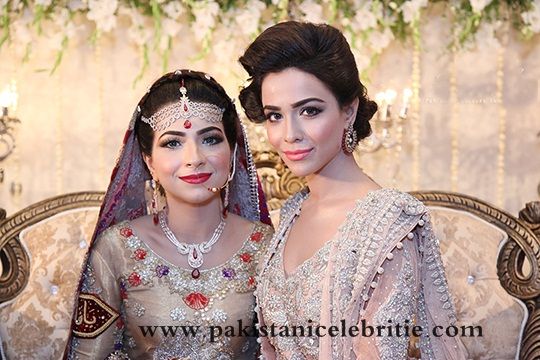 Humaima Mailk and Dua Malik are sisters as you know Humaima very well. She is an actress and model of Pakistan. Dua also belongs to Pakistani Showbiz Industry. She is married to Sohail Haider who is also connected with Showbiz. Humaima malik also work in Bollywood.

7- Soniya Hussain With Her Sister 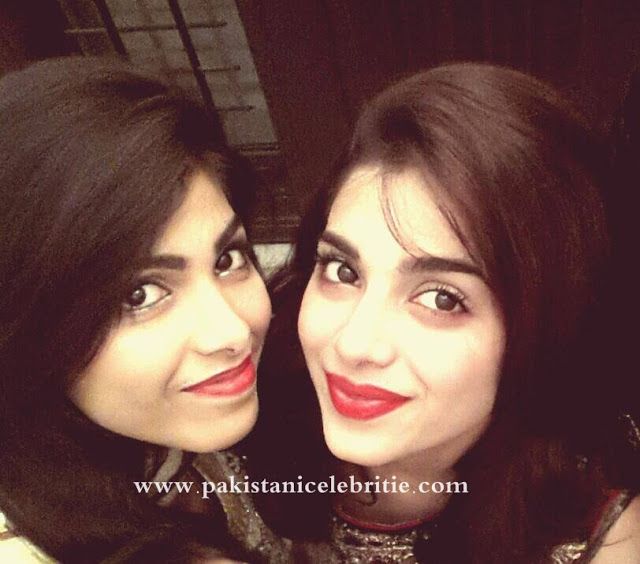 Soniya Hussain is the most beautiful actress and model of Pakistani Showbiz Industry. She proved herself very quickly in acting and become a lead actor in very young age. She has a beautiful sister but her sister is not connected with showbiz. Her sister is also pretty as her.

8- Sanam Jung With Her Sisters 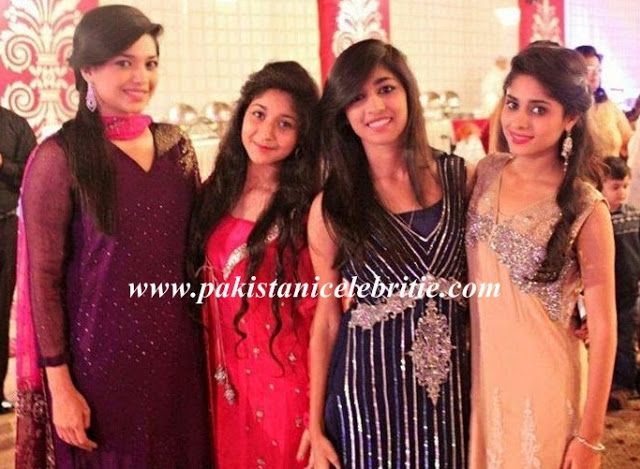 Sanam Jung is the most beautiful actress model and host of Pakistani Showbiz Industry. She is married last year. She has beautiful three sisters. She is the eldest of them and playing the role of responsible sister. In the following picture you can see her with her sisters. 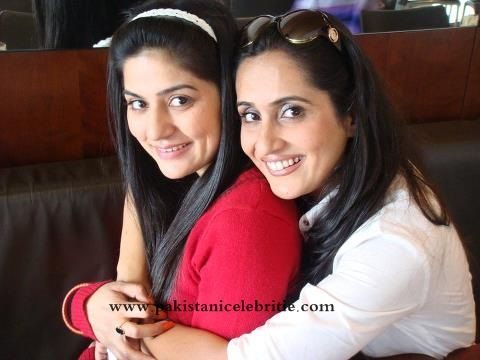 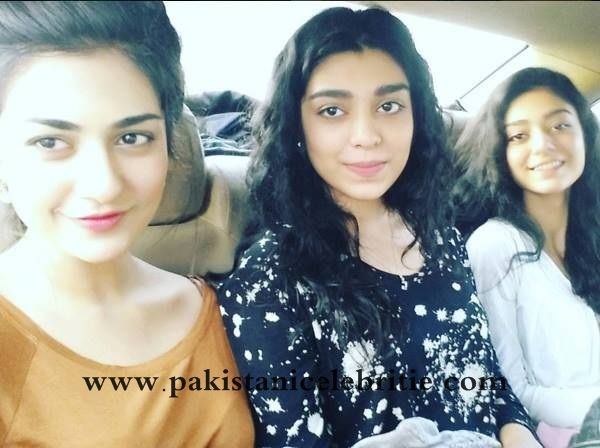 Every body knows that Pakistani actress is most beautiful female in the world. Sara Khan is also a pakistani actress. She starts her career few years ago. She proves her self very quickly and become the lead actress in very young age. She has two sisters. One is Noor Khan and Other is Ayesha Khan. Noor Khan is also an actress and work in many dramas. Both sisters are amazing actresses.