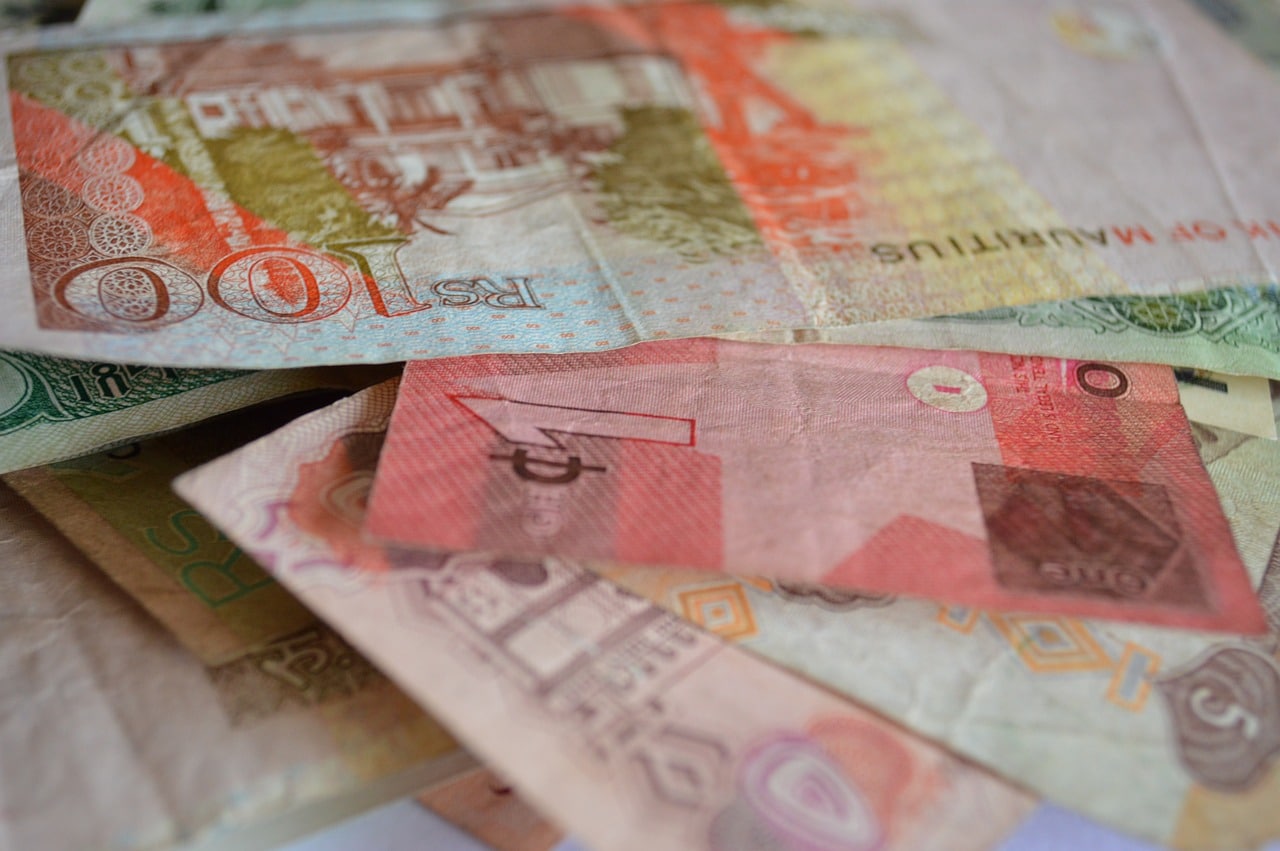 Bollywood is a film industry that is based in Mumbai and is only a part of the larger Indian film industry. The film industry have produced many beautiful and talented actresses over the years, but in this list we will take a look at the top 20 richest Indian Bollywood actresses and their net worth.

Amy Louise Jackson is a British born actress, who appears in Indian films. She lives in Mumbai, Maharashtra, and said that she considered India to be her home.

She won Miss Liverpool in 2010 and participated in the Miss England competition in 2010 but lost out to Jessica Linley in the final. Amy Jackson net worth is estimated $2 million and still counting.

Kriti Sanon net worth is estimated to be 2.6 million, although the actress started acting in 2014 but has achieved a lot so far and still waxing strong. In 2015, Sanon starred in the romantic action comedy Dilwale, one of the highest-grossing Bollywood films of all time.

Kriti Sanon is an endorser of many brands such as Trident Group’s – Bath & Home Linen, Titan Watches-Raga Collection, the hair product Parachute, apparel brand American Swan and a cola brand, among others.

Zarine Khan leading role in the 2014 romantic thriller Jatt James Bond, a box-office success which skyrocketed her net worth. Her acting career began in 2010, in Anil Sharma’s film ‘Veer’ and ever since it has been success all the way for the actress.

Zarine Khan net worth is $4.5 million, in 2011, Khan did the item number “Character Dheela” with Salman Khan in Anees Bazmee’s Ready, parodying characters from Mughal-e-Azam, Sholay and Shri 420 and it was the highest-grossing Bollywood films of 2011.

Katrina Kaif is cited in the media as one of India’s most beautiful celebrities, and she has ranked highly in polls choosing the most attractive Indian celebrities. Kaif is one of the top richest Indian Bollywood actresses, she earns about Rs ₹8 Crore to appear in any movie.

The award winning actress Parineeti Chopra was born on 22 October 1988 in Ambala, Haryana into a Punjabi family. She is the cousin of Priyanka Chopra, one of the top Bollywood actresses and the winner of the 2000 Miss World pageant.

She has featured in films such as Ladies vs Ricky Bahl, Ishaqzaade, Shuddh Desi Romance, Man’s World. The actress appeared on Verve’s list of most powerful women in 2011.

Shruti Haasan started acting in 2009, she is known for her works in Telugu, Tamil and Hindi language films, Her father Kamal Haasan is a veteran actor and a producer.

In 2013, she appeared in the Telugu action film Balupu opposite Ravi Teja, which eventually became a “super hit” at the Indian box office. Shruti is also a singer, she sang her first song at aged six in her father’s Thevar Magan in the composition of Ilaiyaraaja veteran actor

Kareena Kapoor made her acting debut in the 2000 war film Refugee. She received Film fare Awards for Best Actress and Best Supporting Actress for her performances in the 2007 romantic comedy ‘Jab We Met’ and the 2010 drama We Are Family.

In 2006, Kapoor appeared in three films. She first starred in the thriller 36 China Town, followed by the comedy Chup Chup Ke; both were moderately successful. Kareena Kapoor net worth is estimated $10 million.

Kangana Ranaut has established a career in India and is one of the highest-paid Bollywood actresses. Kangana has collaborated with the fashion brand Vero Moda to launch two clothing lines for the company, named Marquee and Venice Cruise, in 2015 and 2016, respectively.

Her beauty and intellect earned her the crown of Miss World pageant in 2000, as a result of her pageant win she received lot of offers from producer to join the Indian film industry of which she accepted.

She made her Hindi film debut in the Hero in 2003 and established herself as a leading actress of Indian cinema with starring roles in the top-grossing productions Krrish and Don. Priyanka Chopra net worth is estimated to be $8 million and still counting.

Apart from acting Anushka Sharma is also a producer, in 2015, she starred and co-produced the crime thriller NH10, which garnered her critical acclaim. She has her own production company named Clean Slate Films, Anushka Sharma net worth is estimated $11 million.

She has endorse various brands and products, including TVS Scooty, Nivea, Elle 18 cosmetics and so on. From 2012 to 2015 she appeared in the Forbes Celebrity 100, a list based on income and popularity of India’s celebrities.

Karisma Kapoor is a veteran Bollywood actress who was born to popular actors Randhir Kapoor and Babita. She made her debut in the 1991 movie Prem Qaidi. Karisma Kapoor net worth is estimated $12 million, she has been nominated for several awards and also won many.

Ileana D’Cruz is one of the most beautiful and most talented Indian Bollywood actresses. Her first name comes from Greek mythology, meaning Helen of Troy. In 2009 she won the Best Actress category in ‘Santosham Film Awards’ for her performance in the movie titled ‘Jalsa.’ Ileana D’Cruz net worth is estimated $14 million.

Sonam Kapoor is the daughter of veteran Indian actor and producer Anil Kapoor while her mother is a former model and designer. She is surrounded with actors in her family, that aided her success in the Indian film industry.

Sonam Kapoor net worth is now estimated $14.5. She has endorsed so many brands such as Colgate, Electrolux, Lux, Mont Blanc, Oppo Mobile, Salvatore Ferragamo S.p.A. and Signature.

Vidya Balan made her film debut in the 1995 sitcom Hum Paanch and ever since then she has appeared in several Indian films. She has made name for herself in Bollywood industry and was awarded the Padma Shri by the Government of India in 2014. She has won several awards, Vidya Balan net worth is estimated to be $15 million.

The beautiful actress is also a social activist known for her work with widows and children. Kajol Devgan has received five Best Actress awards and was featured in Box Office India’s Top Actresses list for five consecutive years (1995–99).

Deepika Padukone is regarded in the media as one the most popular and attractive personalities in India. Deepika was born on 5 January 1986 in Copenhagen, Denmark. She started her acting career in 2006 and it has been a success all the way.

Deepika is the founder of The Live Love Laugh Foundation, which creates awareness on mental health in India. She also participates in stage shows, Deepika Padukone net worth is estimated $20 million.

Amrita Rao is an actress and model, she started modeling when she was still in school. Rao appeared in several commercials during her college days. Amrita Rao net worth is estimated $20.5 million, she joined Indian film industry in 2002, and played her first leading role as Anjali Thapar in Raj Kanwar’s fantasy thriller Ab Ke Baras.

Preity Zinta appearance in The Hero: Love Story of a Spy. The film involving stunts never seen before in the cinematic history of Bollywood, became the most expensive Hindi film ever produced at the time. Preity Zinta net worth is estimated to be $30 million, she acquired ownership rights in 2008 for the Mohali-based Twenty20 cricket team of the Indian Premier League (IPL).

The former beauty queen began acting in 1997. She received lot of offers to join the Indian film industry after she won the Miss World pageant in 1994. Aishwarya Rai Bachchan has received several awards, including two Filmfare Awards from ten nominations.

Aishwarya Rai Bachchan net worth is $35 million, she is currently the richest Bollywood actress. Rai has endorsed so many brands and she is one of the top brand ambassadors in the country.