My fascination with those who were 5’2″ inches tall started long ago when sadly I finally realized this was my height for life. Yes, I am 5’2″. My mother was 5’6″ and all my cousins are taller than me. But I have great company. Journey with me as we explore the many beauties who are also 5’2″.

Women’s ages are often cloaked, so too, I have noticed women often cloak their height. Jackie Kennedy was said to be 5’9″ but always reported to be 5’7″. She fudged on her height because in the 1960s it was thought to be more ladylike if you were more “petite”. Oh, Jackie Kennedy – the short one here (yes, me!) would love to have those 2 inches of height!

Measure of Success – Not by Height Alone

Measure of Success – Not by Height Alone

I don’t measure a man’s success by how high he climbs but how high he bounces when he hits bottom.

Success is the ability to go from failure to failure without losing your enthusiasm.

Ivanka Trump was on a talk show and commented on the height of her host and stated she was pleasantly surprised he was as tall as her. Ivanka is 5’11”, her Mother Ivana is reported to be 5’11 ½”. Yes, the Trump ladies are both taller than Nicole Kidman (5’10”). Salma Hayek was born September 2, 1966 as Salma Valgarma Hayek Jiménez-Pinaul in Veracruz, Mexico. She is an actress, director and producer. She is of Lebanese descent. Wikipedia reports that she is the first Mexican national to be nominated for Best Actress for the Academy Awards. She is the daughter of an opera singer and an oil company executive.

Hayek is a naturalized United States citizen. She is a good friend of Spanish actress Penélope Cruz and co-starred with her in the 2006 film Bandidas. Her brother, Sami Hayek is a designer with his own line of products at Target. Her brothers clients are reported to include Louis Vuitton, Brad Pitt, and the Mexican Government.

Hayek is an active humanitarian fighting for improvement in increasing awareness on violence against women and discrimination against immigrants, and supports breast feeding.

In 2010, Hayek’s humanitarian work earned her a nomination for the VH1 Do Something Awards.

Married on St. Valentine’s Day in 2009 to PPR CEO François-Henri Pinault. They have one daughter as of this writing named Valentina Paloma Pinault born September 21, 2007 in Los Angeles, California.

I would have to say Hayek is a romantic.

Oh, did I forget to mention the city she was married in? Paris, but of course! And later she and her husband where married again in April – this time in Venice.

Salma Hayek and the Tits from God Longoria first appeared in the public eye on the soap opera The Young and the Restless. In 2008, she was named one of the “Sexiest Women”. She has appeared on magazine covers such as Vogue, Marie Claire and Harper’s Bazaar.

You know Longoria perhaps for her most famous role – portraying Gabrielle Solis on the ABC television series Desperate Housewives which she began in 2004.

Longoria has long been a winner. She was Miss Corpus Christi, USA in 1998.

Longoria also has a contract with Magnum Ice-Cream and with Heineken.

She is a part of Microsoft’s “I’m A PC” ad campaign.

Previously she and Tony Parker were currently appearing together in campaigns for London Fog.

Besides just beauty Longoria holds a Bachelor of Science degree in kinesiology from Texas A&M University-Kingsville. “In 2009, Longoria enrolled in a Master’s program in Chicano Studies and Political Science at Cal State University, Northridge.”

In April 2010, Longoria released her first fragrance, “Eva by Eva Longoria”. She stated she wanted a fragrance she could wear: “I am allergic to most fragrances.”

“In 2006, Longoria founded Eva’s Heroes, a charity which helps developmentally disabled children. She is the national spokesperson for PADRES Contra El Cancer….

“…Longoria was named Philanthropist of the year by the Hollywood Reporter for ‘her commitment to Latino causes and giving back to the community.”

In September 2009, Longoria was appointed to a bi-partisan commission issued with the task of determining the feasibility of the creation of a National Museum of the American Latino.[30] Bernadette Peters was born Bernadette Lazzara on February 28, 1948. She is a critically acclaimed actress winning several awards. She began her career as a child and was in the public eye for over 5 decades. She started a foundation and has written four children’s books some of which include CD’s with Bernadette singing.

Tragically Wittenberg died at age 43 on September 26, 2005 in a helicopter crash in Montenegro while on a business trip.

Peters is best known for her starring roles in “stage musicals”, including Song and Dance, Sunday in the Park with George, Into the Woods, Annie Get Your Gun, Gypsy, and A Little Night Music, becoming closely associated with composer Stephen Sondheim.

She had a four-year romantic relationship with comedian Steve Martin.

Peters is known for her charitable work, including as a founder of the Broadway Barks animal charity.

Peters has had appearances on television series such The Muppet Show, The Carol Burnett Show and Ally McBeal.

Movie roles include Silent Movie, The Jerk, Pennies from Heaven and Annie.

In the 1980s, she returned to the theatre, where she became one of the best-known Broadway stars over the next three decades.

She also has recorded six solo albums and several singles, as well as many cast albums.

She also performs on a regular basis as a singer in concerts – a solo singer is her specialty.

In addition to her many awards, in 2001, Bernadette was nominated for an Emmy her performance on Ally McBeal. Barbara Mandrell was born Barbara Ann Mandrell on December 25, 1948. She is an American Country music singer and one of the world’s most successful female vocalists of the 1970s and 1980s. In 2009 Mandrell was conducted into the Country Music Hall of Fame.

“I Was Country When Country Wasn’t Cool” (her signature song)

“One of a Kind, Pair of Fools”

Also known as The Sweetheart of Steel Born December 25, 1948 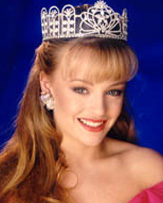 Barbara Mandrell’s daugther Jaime Dudney portrayed Georgia Tucker Silva on As the World Turns from 1998 to 2000.

Dudney returned to her hometown of Nashville, Tennessee, where she conducts acting classes.

“I’m really enjoying teaching people what I learned in New York and L.A.,” says Dudney. “I’ve been concentrating on the teaching, but definitely open to working as an actress again.”

Dudney is hosting a wonderful charity benefit for S.E.E.K., which is a Nashville based mission in Kenya.

As the Barbara Mandrell website reports, after Jaime visited Kenya and saw a tremendous need for assistance, she became involved in S.E.E.K. Liu graduated from University of Michigan with a degree in Chinese Language and Culture. During college, Liu managed to add in dance, voice, fine arts, and acting.

Liu first appeared on the big screen as an ex-girlfriend in Jerry Maguire in 1996.

In 1997, her big break came with her part in “Ally McBeal”. Later she joined the cast of Charlie Angels.

Writer-producer David E. Kelley was so impressed with Liu’s spunk that he promised to write a part specifically for her in an upcoming episode.

Liu’s part turned out to be that of growling, ill-tempered lawyer named Ling Woo, which Liu filled with much applause.

Liu has had several gallery shows for her work in collage, painting and photography. All of the proceeds go to UNICEF.

2001 – spokesperson for the Lee National Denim Day fundraiser which raises millions of dollars for breast cancer research and education.

2005 – appointed a U.S. Fund for UNICEF Ambassador; in that capacity, she has traveled to Pakistan and Lesotho, among other countries.

2006 – recipient of the “Asian Excellence Award” for Visibility.

2007 – hosted an MTV documentary for the MTV EXIT campaign – a campaign to raise awareness of human trafficking in Asia. Ripa is best known for her role as co-host of Live with Regis and Kelly.

Ripa and Regis Philbin anchor the show. Philbin has accumulated one of the longest and most prolific television careers and Ripa is close behind.

Early in Ripa’s career she played on the ABC television series Hayley Vaughan Santos for 12 years on the soap opera All My Children; she also played Faith Fairfield on Hope & Faith.

2007 Ripa participated in the Red Dress Collection for The Heart Truth.

Electrolux and Kelly Ripa are proud to support the Ovarian Cancer Research Fund whose mission is to fund research to find a method of early detection and ultimately a cure for Ovarian Cancer. Electrolux has committed to donate $750,000 to this worthy cause.

We Girls Can Do Anything Barbie We Girls Can Do Anything pink game | Source

5’2″ Beauties – We Girls Can Do Anything

There you have it – remarkable women who are 5’2″ petite beauties with remarkable careers in a variety of different fields. Their contributions to their crafts, their awards, their impact upon society leaves an indelible mark for women the world over to admire and look up to.

It is not the size of the package, it is the talent and the drive and the energy. It is the love of life and the enthusiasm to celebrate their beauty – inside and out.

More than just pretty faces, these women are models for women of all heights. Learning about their awards, their accomplishments is fascinating. As Ruth Handler of Mattel, the inventor of the Barbie doll, correctly stated “We girls can do anything!”.

Do you have a favorite? Lucy Liu, Selma, Bernadette, Barbara, Kelly or Eva? Tell us why…please leave comments below.