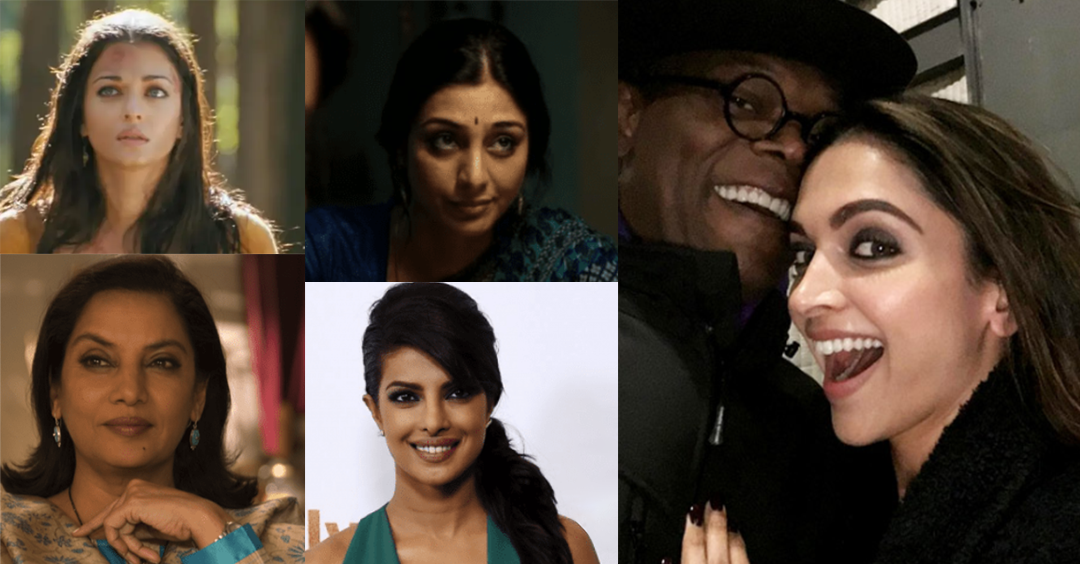 Bollywood stars have gained a worldwide audience with their enchanting performances and enticing celebrity lifestyles.
There are very few Bollywood stars who have grabbed big Hollywood movies.

Check out the top 5 actresses who not only overwhelmed their fans in Bollywood but also made big in Hollywood movies:

Deepika Padukone one of the most talented and successful actress of the Bollywood industry.
She started her career with movie Om Shanti Om and rocketed after her stellar performance in the movie Cocktail, and since this she has continued to deliver blockbuster after blockbuster.

Priyanka Chopra Jonas is a singer and a Bollywood actress. She was the winner of the Miss World 2000 pageant, and also one of India’s most well-paid actress. She has received numerous awards, including the National Film Award and  Filmfare Awards.

She has made a name for herself in Hollywood after she starred as a lead FBI agent in the TV show ‘Quantico,’ wrapped up her other Hollywood film – Isn’t It Romantic & Baywatch.

Former Miss World and Bollywood movie superstar, Aishwarya Rai is an international platform as the most successful Bollywood actress ever.

From international modeling campaigns to leading roles in Hollywood films, the acting talent of Aishwarya, and stunning beauty have all earned her a global career.
Here are some of the Hollywood films Aishwarya Rai Bachchan has featured:

Tabu is one of Bollywood’s most beautiful and talented actresses. She has worked in many Hindi, Bengali, and South Indian movies.

She has done Hollywood movies like ‘The Life of Pi’ and ‘The Namesake’ along with the brilliant Bollywood actor Irrfan Khan.

Shabana Azmi is one of the best actresses in Bollywood ever. She is the wife of the lyricist Javed Akhtar and has acted in many Hollywood movies such as ‘City of Joy,‘ ‘Son of the Pink Panther‘, and ‘It’s a beautiful afterlife.’